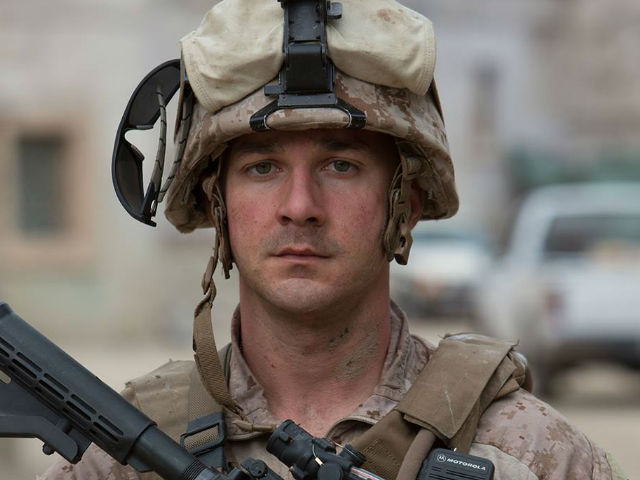 Shia LaBeouf in a still form Man Down

New Delhi: Shia LaBeouf's film Man Down made an unbelievable 7 Pound (nearly Rs 585.73) when it opened in theatres over the weekend in UK. According to analytics company ComScore, that's a single ticket sale in UK. Paul Dergarabedian, senior media analyst at ComScore said "Poor Shia. That opening could be in the Guinness World Records or something," reports Variety Magazine. The film, which made $454,490 in USA when it released in December, has picked up since then but it's still not a reason to celebrate, says The Hollywood Reporter. "I think we've sold three tickets in total," a cinema manager said. Shia LaBeouf, who has featured in super successful Transformers franchise, starred in Dito Montiel's war drama film which also launched a digitally on demand version of the film on the release date. The film's DVD and Blu-ray will be available for sale next month, reports The Guardian.

Man Down premiered at the 72nd Venice International Film Festival in 2015 where it received negative reviews. Kate Mara and Gary Oldman co-star in the film. Man Down is Shia LaBeouf and Dito Montiel's second collaboration after 2006 film A Guide to Recognizing Your Saints.

Promoted
Listen to the latest songs, only on JioSaavn.com
Shia LaBeouf recently turned his focus to Independent films format with 2016 film American Honey getting critics' thumbs-up while films like The Company You Keep and Charlie Countryman were booed down, writes Variety.

Shia LaBeouf next is biographical film Borg vs. McEnroe, in which he plays American tennis player John McEnroe. The film directed by Janus Metz Pedersen focusses on John McEnroe's on court rivalry with Sweden's Bjorn Borg (played by Sverrir Gudnason). The film will cover their match during the 1980 Wimbledon Championship. Shia LaBeouf told Variety that the film has a "truthful, tangible, anchored" take on John McEnroe. "I received the script and read it when I came home - loved it. Chased it," he added.