"Miss your presence and the old days," wrote Tina Ambani for Shashi Kapoor 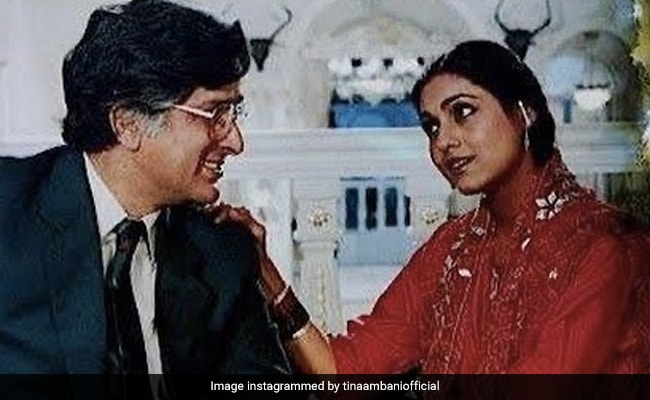 Shashi Kapoor would have been 83 today. On the late veteran actor's birth anniversary, former actress Tina Ambani, who co-starred with him in a couple of films in the Eighties, remembered him by sharing a heart-warming post on Instagram. Sharing a still from one of their films - which appears to be from their 1985 film Alag Alag - Tina Ambani described Shashi Kapoor as a "debonair, handsome, erudite and fabulous" man and wrote: "They just don't make them like Shashi Kapoor anymore. Debonair, handsome, erudite and fabulous. Miss your presence and the old days. Toasting your birthday." In the throwback photo, Shashi Kapoor looks handsome in a white shirt and blue blazer while Tina Ambani can be seen sporting a red outfit. Alag Alag also featured late actor Rajesh Khanna in the lead role.

Shashi Kapoor and Tina Ambani also worked together in the 1980 film Ek Do Teen Chaar. Check out her post here:

Shashi Kapoor died in 2017 at the age of 79. He was confined to a wheelchair in the last years of his life.

Shashi Kapoor was born in 1938 to actor-filmmaker Prithviraj Kapoor. He was the younger brother of Raj and Shammi Kapoor. Shashi Kapoor started as a child actor in his brother Raj Kapoor's films Aag and Awaara. He went on to feature in hits such as Sharmilee, Namak Halaal, Char Diwari, Mehndi Lagi Mere Haath, Pyar Kiye Jaa, Abhinetri, Aap Beati, Trishul, Aandhi Toofan, Apna Khoon, Maan Gaye Ustaad and Do Aur Do Paanch, to name a few.

Shashi Kapoor also appeared in several Merchant-Ivory films such as Heat And Dust and The Householder.