Shahid Kapoor accompanied the post along with two heart emojis 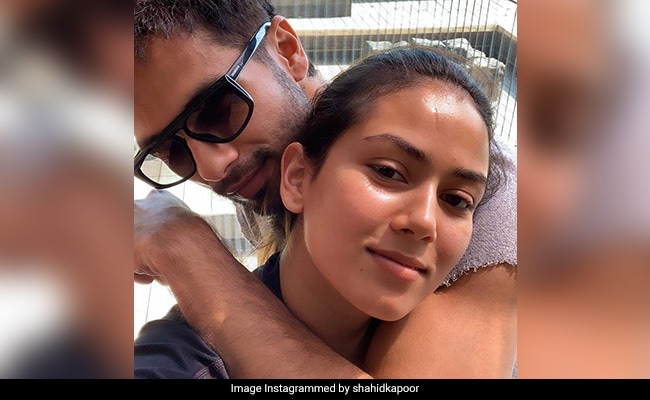 We just can't seem to get enough of Shahid Kapoor and Mira Rajput's social media PDA and Shahid Kapoor's latest Instagram post proves why. Shahid Kapoor, who is currently busy with the shooting of his forthcoming film Kabir Singh, managed to take some time off his busy schedule and shared a love-up picture of himself along with his wife Mira Rajput on his Instagram profile. Mira can be seen smiling as she stands curled up in Shahid's arms in the selfie. On Wednesday, Shahid shared the post with his 16.6 million followers on Instagram, of which over 5 lakh fans liked the picture. "Cutest picture I've gone through so far today," read a comment on the post. "They look perfect together," wrote another fan.

Don't they look adorable in the picture together?

On Tuesday, Mira Rajput made an interesting revelation about her first meeting with husband Shahid Kapoor. As a part of Instagram's 'ask me anything' session, Mira was asked, "What was it like meeting Shahid for the first time, considering he's a star?" Mira revealed that she was only 16 when she met the actor and wrote: "(It was) just like meeting anyone for the first time. Interesting. It was actually when I was 16 and we were at a common family friends house for a concert by a Sufi singer. Both our dads love that kind of music." 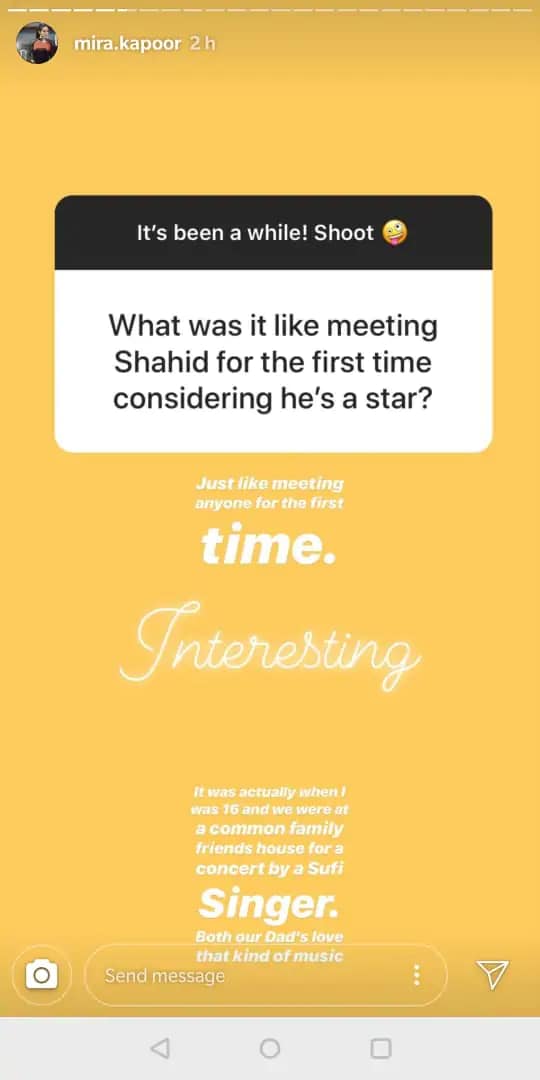