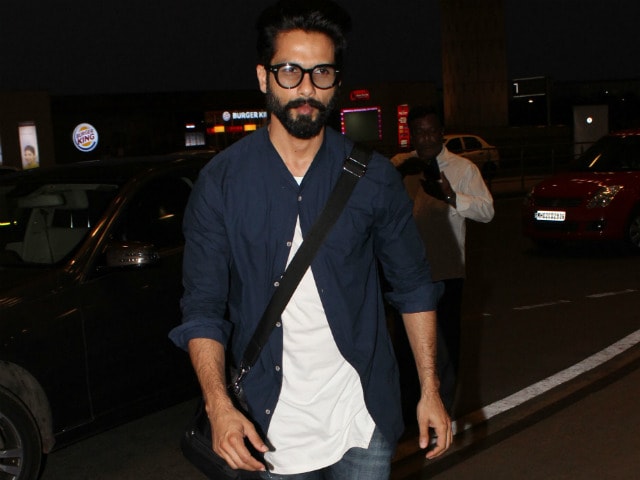 New Delhi: Actor Shahid Kapoor is busy filming Padmavati, Sanjay Leela Bhansali's next ambitious project, which has already faced several hurdles. The actor says that all Team Padmavati wants is to continue shooting peacefully, reported news agency PTI. Padmavati was recently the subject of headlines after the sets of the film were vandalised and burnt in Kolhapur in Maharashtra earlier this month by an unidentified group of assaulters. The fire destroyed props and costumes and subsequently the shoot was called off in Kolhapur. In January, director Bhansali was physically assaulted while filming in Jaipur by a Rajput group called Karni Sena, who protested against certain alleged scenes in the film. The alleged romantic scenes, which Bhansali denies even exists, featured Rani Padmini and Alauddin Khilji together.

"Our attempt will be to shoot the film smoothly. And we just hope when the film releases people look at it in an unbiased way and after that they can say what they want to. Sanjay sir is keeping in mind the sentiments of the people. We will not do anything that will hurt people," Shahid, who was speaking on the side-lines of an award show, told reporters in Mumbai.

Earlier, Shahid had described the Kolhapur attack as "unfortunate". "It is unfortunate that something like this has happened for the second time. As soon as there is some more clarity, the production house will respond to it. But no principal actors were there," Shahid told PTI.

Meanwhile, both Shahid and his co-stars Deepika Padukone have currently dedicated their time to the film. "The entire year is dedicated to Padmavati. I am sure we will complete the film and bring it out sometime this year," said Shahid while Deepika will give the prestigious Cannes Film Festival a miss because she told PTI: "Right now all my energies are focused on Padmavati."