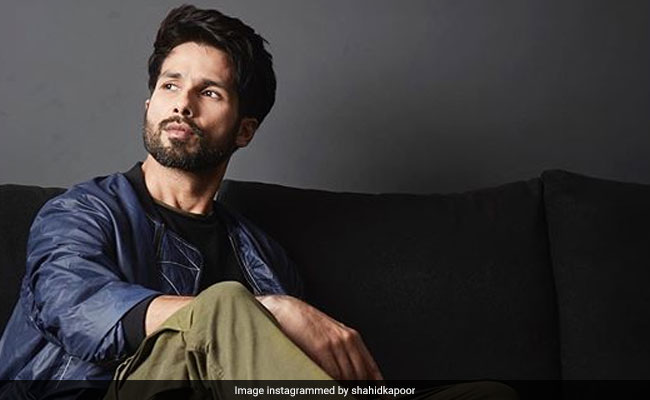 Actor Shahid Kapoor, who is awaiting the release of Kabir Singh, revealed on Neha Dhupia's show BFFs With Vogue that he was offered actor Siddharth's role in 2006 film Rang De Basanti and he regrets not taking it up, reported Mumbai Mirror. Shahid Kapoor was quoted as saying: "I regret not doing the film. They wanted me to play the role of Siddharth. I'd cried while reading the script and loved it, but unfortunately couldn't make time for it." When he was asked if there was a film on his resume he wished he hadn't done, Shahid Kapoor named Shaandaar. "Even I was confused when I saw the film," he said jestingly.

Shahid Kapoor debuted in Bollywood three years before the release of Rang De Basanti, which was directed by Rakeysh Omprakash Mehra and featured Aamir Khan in the lead role. Rang De Basanti was among the top earning films of the year. In 2006, Shahid Kapoor appeared in three films - Vivah, Chup Chup Ke and 36 China Town. Vivah, co-starring Amrita Rao performed reasonably well at the box office.

For now, Shahid Kapoor is looking forward to the release of Kabir Singh, which is the remake of Telugu smash hit Arjun Reddy. The trailer of Kabir Singh, directed by Sandeep Reddy Vanga, released last month to mixed reviews. A section of the Internet was impressed with Shahid's performance while some were unhappy with the "toxic masculinity" depicted in the movie.

Shahid Kapoor and his co-star Kiara Advani have defended the film's plot in several interviews during the promotions.