New Delhi: Whenever actor Shahid Kapoor and wife Mira Rajput step out with daughter Misha, social media starts hyperventilating. The Kapoors were spotted at Mumbai international airport on Wednesday with Misha and for fans, there was no question of keeping calm and carrying on. Misha, who is two-months-old, was covered from head to toe to prevent her from being photographed by the waiting paparazzi. Shahid and Mira have always been careful to keep her carefully shrouded whenever they are spotted in public with her. Awaited, the first glimpse of Misha Kapoor - we wonder who she looks like.

Doting dad Shahid, who held daughter Misha close to him, looked cool in a black t-shirt and a pair of denims. Mira, on the other hand, looked every bit the star wife in a blue dress with kala chashma on. 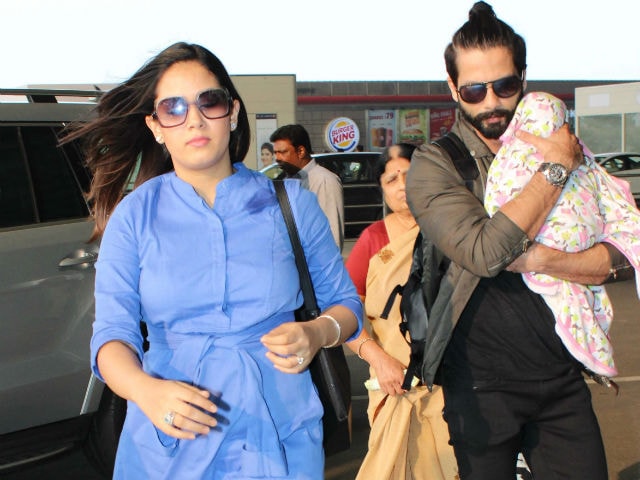 Shahid, 35, and family were surrounded by security. Misha, wrapped in a cute blanket, was born on August 26 this year. 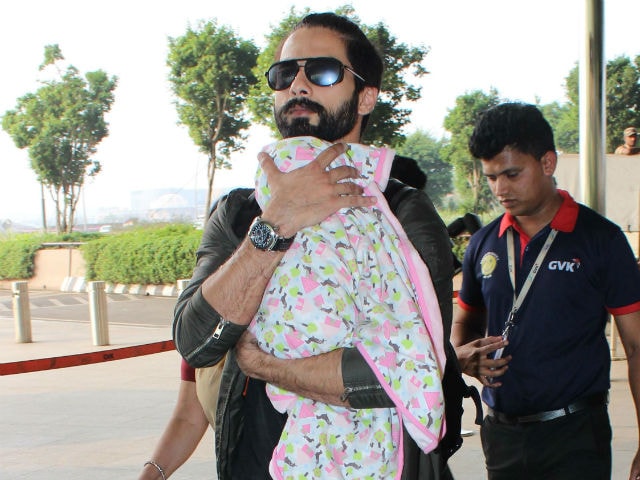 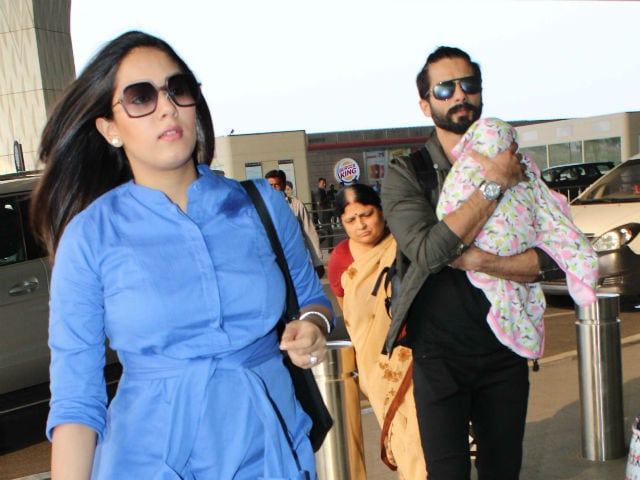 It seems Shahid and Mira decided to take a short vacation before the actor gets busy shooting Sanjay Leela Bhansali's magnum opus Padmavati, co-starring Deepika Padukone and Ranveer Singh. Shahid will be seen as Raja Ratan Singh, husband to Deepika's Padmavati, while Ranveer will play the role of Alauddin Khilji.

Meanwhile, Deepika Padukone shot a song for Padmavati at Mehboob studio in Mumbai recently. It is a Rajasthani song in which the 35-year-old actress will dance in the traditional ghoomar style.

Promoted
Listen to the latest songs, only on JioSaavn.com
Filmmaker Sanjay Leela Bhansali's insistence on no phones on set ensured that Deepika's look was kept secret perhaps superstar Shah Rukh Khan, who dropped by to visit, did get a sneak peek. SRK, who was in the vicinity with Alia Bhatt to promote Dear Zindagi, has been Deepika's co-star in the films Om Shanti Om and Chennai Express. He was also director Bhansali's Devdas.

Shahid Kapoor, on the other hand, is also excited about his next release Rangoon. The Vishal Bhardwaj-directed film, which also stars Kangana Ranaut and Saif Ali Khan, will hit the screens on February 24, 2017.