"What goes on in my mind," wrote Mira Rajput 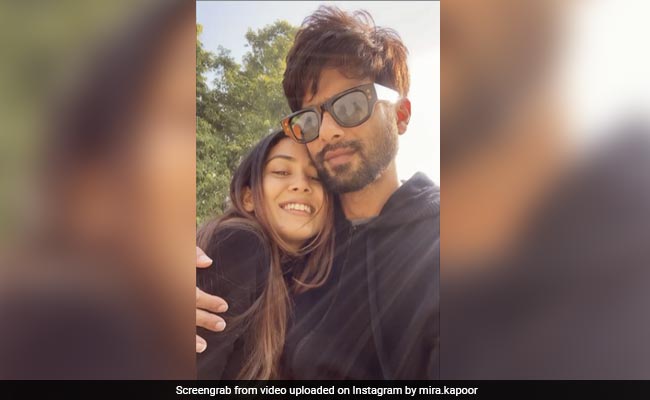 Mira Rajput shared a video on her Instagram profile on Saturday afternoon. Simply put, it has pictures of all the things on her mind. The list includes food, her parents, kids Misha and Zain, some more food, workout selfies, pictures from her travel diaries and of course, Shahid Kapoor. Mira accompanied the video with Lyn Lapid's track In My Mind. Posting the video, she wrote in her caption: "What goes on in my mind." Reacting to Mira Rajput's post, her husband and actor Shahid Kapoor wrote: "I'm glad I feature." This is what Mira Rajput posted:

Shahid Kapoor and Mira Rajput frequently feature on each other's Instagram profiles and we love it when that happens. See some of their posts together here: