"Shahid Kapoor recently transferred money to the bank accounts of dancers he has worked with," revealed a source 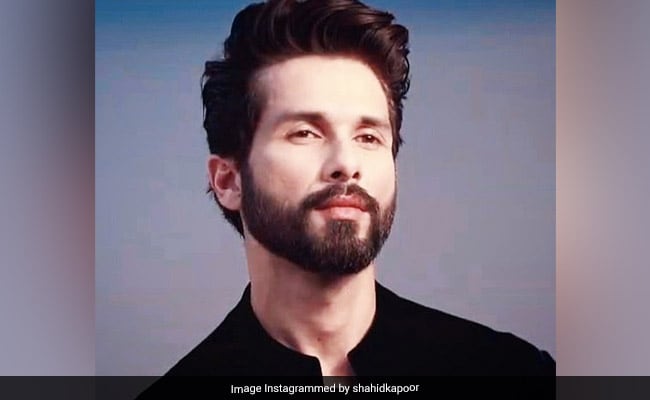 Actor Shahid Kapoor has reportedly transferred funds to background dancers with whom he had worked in Bollywood following the COVID-19 crisis. A Times Of India report stated that the 39-year-old actor transferred money to the bank accounts of around 40 dancers with whom he had worked in the past in movies such as Ishq Vishq and Phata Poster Nikhla Hero. For the uninitiated, Shahid Kapoor was a part of Shiamak Davar's dance group before he joined films and he also featured as a background dancer in Subhash Ghai-directed Taal. Talking to TOI, Raj Surani, a former Bollywood dancer who now helps dancers connect with filmmakers, said: "Shahid Kapoor recently transferred money to the bank accounts of dancers he has worked. He has extended support to around 40 and has stated that he will help them for the next 2 to 3 months."

"We shortlisted dancers from the days when he started his career with Ishq Vishq. It has been 17 years and they are in bad condition, they may not be working right now. Apart from them, we have even included those dancers who worked with him in Dhating Nach, Shaandaar and Tu Mere Agal Bagal Hai," he added.

As per the report, Shahid has till now helped 20 dancers from choreographer-turned-director Ahmed Khan's group and 20 from choreographer Bosco Martis' troop. Shahid has previously collaborated with Ahmed Khan for a few songs and has even worked in his films Fool N Final and Paathshaala. Talking about Shahid Kapoor and Bosco Martis, the duo have worked together in many movies, including Phata Poster Nikhla Hero and Jab We Met.

Shahid Kapoor is not the only celebrity who is helping daily wage workers from the film industry amid the coronavirus crisis. Salman Khan, Priyanka Chopra, Akshay Kumar, Ajay Devgn and Varun Dhawan among others have also helped daily wage workers financially during the lockdown.

Back to Shahid Kapoor, the actor will next be seen in the Hindi remake of the 2019 Telugu film Jersey. Directed by Gowtham Tinnari, who has also directed the original film, Jersey will feature Mrunal Thakur and Shahid Kapoor's father Pankaj Kapur.