Shah Rukh Says Some People May Not Like Fan, 'Can't Please Everyone' 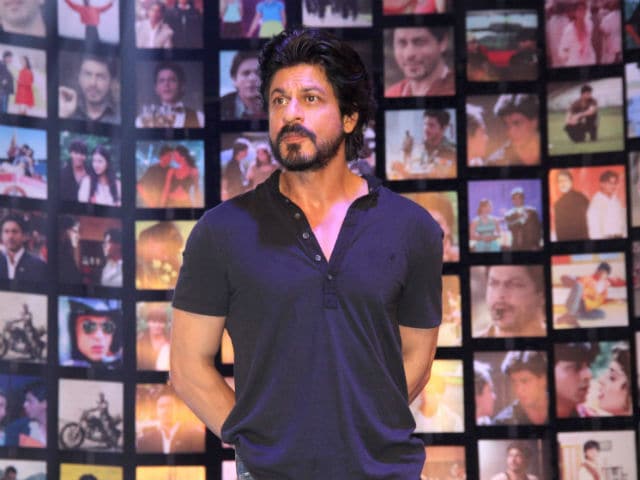 Shah Rukh Khan at the event to launch the trailer of Fan in Mumbai.

Mumbai: Shah Rukh Khan says enacting a double role of a superstar and his young admirer in his upcoming film Fan was physically quite challenging for him. In the film, to be released in April this year, Shah Rukh plays superstar Aryan Khanna and his lookalike fan Gaurav.

"It was a very physically challenging film. It was physically challenging to do a double role. It was more challenging as at this age I had to play a 24-year-old boy, have his energy, and then I had another part to play of a superstar," the 50-year-old actor told reporters at the event to launch the trailer of Fan last evening. (Also Read: Fan is Not Similar to Darr, Baazigar. Shah Rukh Khan Tells You Why)

"It was a difficult character to play. But the team helped me and made it easy for me. We have tried to keep it normal and simple," he said.

Shah Rukh revealed that he had to work hard on his look while getting into the skin of Gaurav's character.

"We had to put make-up and initially it used to take six hours. Later, after some practice, it took two-and-half to three hours," he said.

In real life, the Swades star said that he has never put up an image in front of people and has always been normal. "I am never bothered about how I am. I wear stardom like T-shirt, not like Tuxedo (suit)," he said. (Also Read: How Salman Became Shah Rukh Khan's Fan)

Directed by Maneesh Sharma, Fan explores the bond between a superstar and a die-hard fan, who looks like him.

The film is not just a story of a fan's undying love and adulation, it's about how Gaurav's admiration towards a superstar slowly turns into a dangerous obsession.

"People keep saying that I do the same acting for the past 25 years, even the critics say that. But I have tried to be different with this film," he said.

"It's an unusual story. Some people may like it, some may not. I can't please everyone. We have tired our best to give something different and interesting. We hope people enjoy both the characters," Shah Rukh said.

Fan will be a song-less film, except for the promotional track - Jabra fan.

"I was injured and still did Jabra Fan song. There are no songs in the film, except one. I told Maneesh to put an item song, but he refused. It's a pure experience of story-telling. It's a new way," he said.

Though Maneesh made his debut as director with Band Baaja Baaraat (2010), he was working with the idea of Fan with Shah Rukh for quite some time.

"I felt it's the most difficult film as it's not a double role. He is a lookalike. I was working on Chennai Express, that time Maneesh and I met at YRF (studio) and thought of working on this film (Fan)," Shah Rukh said.

According to SRK, the story of Fan is quite amazing. "The script is mind-blowing. It's a different story and we hope people like and enjoy it," he said.