One user simply summed up the feeling given off by the trailer and said: "Zero trailer is LIT." 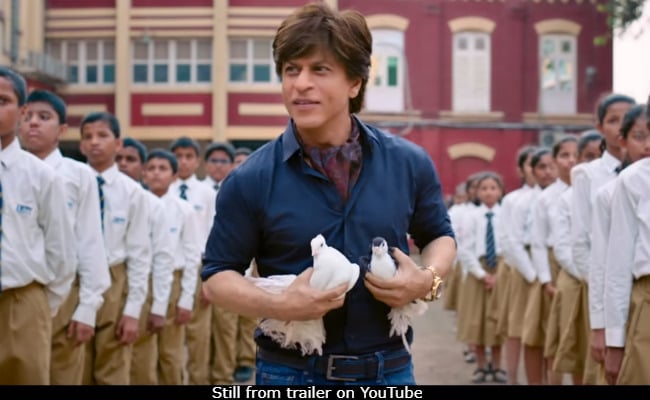 So, the trailer of Zero set off fireworks on Twitter. The warm response to the trailer of Zero is perhaps the best birthday gift Shah Rukh Khan can get from his fans! Twitter, which is known for being notorious with its reviews also handed out a fair share of memes based on the trailer but the general feeling at large was: "Couldn't get over the trailer... it's a blockbuster written all over... waiting for the movie," as written by a user. Meanwhile, another fan asserted that the box office witness Diwali on Christmas because Zero looks like a blockbuster: "This Christmas will witness Diwali at the box office". "Having watched Zero trailer 40 times in these past 2 hours, I can proudly claim it's the best trailer this year," read another fan tweet.

"Madness, emotion and at last Shah Rukh Khan. Picture nahi, feeling hai. The waiting not over, it's just begin," read another tweet while another user simply summed up the feeling given off by the trailer and said: "Zero trailer is LIT."

Meanwhile, "#ZeroTrailer" has occupied the top spot on Twitter since evening:

Having watched #ZeroTrailer 40 times in these past 2 hours, I can proudly claim it's the best trailer this year. @iamsrk@AnushkaSharma@aanandlrai@cypplOfficial@AjayAtulOnline@gaurikhan hats off! https://t.co/tGgAyYm9XK

Watching the Zero trailer it felt like it is going to be @iamsrk 's next blockbuster Movie.#HappyBirthdayShahRukhKhan#HappyBirthdaySRK#ZeroTrailer

Couldn't get over the trailer.. it's a blockbuster written all over.... waiting for the movie.. #Zerotrailer

Not only @iamsrk,@AnushkaSharma
& #Katrina is set to deliver their career best act. Music is CHARTBUSTER,writing by Himanshu looking fantastic aur @aanandlrai saab k direction k kya kehne. Rs 40cr opening is a SURE SHOT.This Christmas will witness Diwali at the BO #ZeroTrailerpic.twitter.com/kLU2WWbeu3

Madness and at last @iamsrk#PictureNahiFeelingHai the waiting not over, its just begin. #ZeroTrailerhttps://t.co/pWPjVjmi5X

My all attention to #Srk only.. Salute to his guts bravo man. #ZeroTrailer

Meanwhile, here are some of the memes that have cropped up online soon after the trailer was released.

Me: I am a well educated person

When I'm on a shopping site and just adding items to the wishlist but not buying anything.#ZeroTrailerpic.twitter.com/6VFs56fG40

Not just fans and cine-buffs but Shah Rukh Khan's colleagues also can't stop gushing about the trailer. Alia Bhatt is the latest to tweet while Aamir Khan and Karan Johar posted their reviews earlier.

This is so so special you guys are just magical! @AnushkaSharma#KatrinaKaif Can't wait to see this one!!! #ZEROTRAILERhttps://t.co/Z0iA4e0p93

The trailer of #ZERO has BLOCKBUSTER written all over!!!! The fantastic @iamsrk in the most endearing character of his career! The always brilliant and soulful @AnushkaSharma and watch out for the intro shot of #KatrinaKaif and her impact in the trailer!!! This ones a whopper!

The Zero trailer weaves an intriguing tale of love, deceit and emotion with Shah Rukh, Katrina and Anushka's characters playing three ends of a love triangle. Shah Rukh's role will be a surprise packed one as he plays a dwarf in the movie.