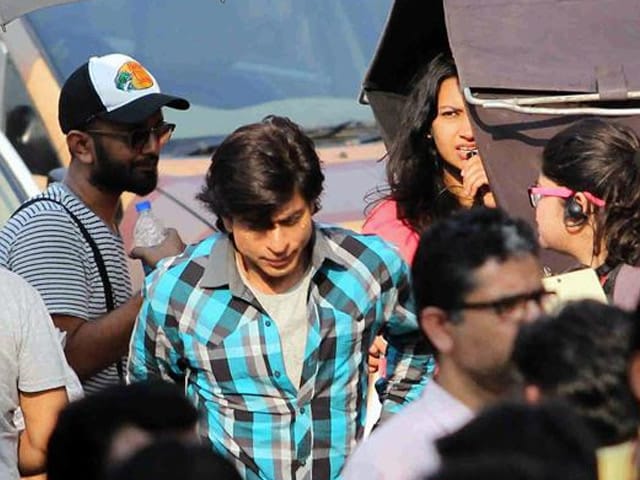 Shah Rukh Khan at Fan shooting outside his Mumbai residence.

Filmmaker Karan Johar informed that Aditya offered Fan's release day slot (on August 14) to him for his film Brothers. He tweeted:

Adi just called and asked me to release BROTHERS on the 14th of August,2015 as FAN is postponed...gestures likes this make my day special...

In Fan, the 48-year-old actor, who commands a vast fan following across the globe, will be seen in the role of an ardent admirer of a superstar himself in the film. (Also Read: When Shah Rukh Was Kept Out of His Own Home)

Meanwhile, Karan's production film Brothers stars actors Akshay Kumar and Sidharth Malhotra and Jacqueline Fernandez. The film is an official remake of Hollywood film Warriors and is directed by Karan Malhotra. Brothers will release on August 14.