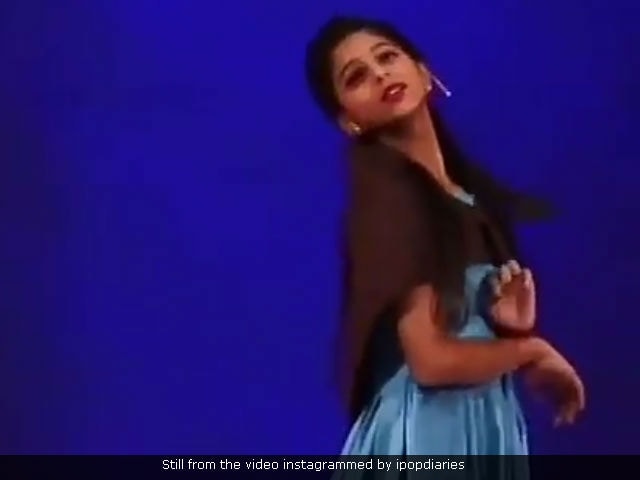 New Delhi: Bollywood superstar Shah Rukh Khan's daughter Suhana is a pro in her father's profession. Fan clubs have shared videos of Suhana's theatrical performance which is a retelling of Cinderella's tale. Suhana plays the lead but this Cinderella is not the fairy tale's docile and humble "poor little orphan" rather a brattish young woman who want all the attention by self-pitting. Suhana, we must say, have fleshed out that aspect of her character really well. The snippet doesn't reveal when or where was this play staged. It's pure delight to see Suhana Khan, 16, acting without inhibitions. Suhana is Shah Rukh Khan's second child and she has two siblings - Aryan, 19 and AbRam, 3.

Shah Rukh once told news agency PTI that Suhana wants to become an actor. "My daughter wants to learn acting but I don't know where to send her in India. We don't have any good acting school," he told PTI. He later told Femina that Suhana can become an actor "if she has the passion and guts to work five times harder than me and get paid 10 times less than I do." He added: "I want her to experience what my female co-stars have gone through. My daughter will be an actor like them and I want to feel the pain."

"I'd like her to be on the cover of magazines like all my heroines are, wear any kind of clothes she wants to wear, and look sexy and beautiful. I want her to feel attractive, beautiful and respected, and more importantly, I want her to work hard. There are days when I feel down-the only reason I get up and go to work is when I think of her. I have only one mandate where she's concerned: she can act, but she has to study first," SRK told Femina.

Promoted
Listen to the latest songs, only on JioSaavn.com
Shah Rukh Khan was recently seen in Rahul Dholakia's Raees and has a film with Imtiaz Ali and Aanand L Rai up next. Shah Rukh also has a cameo in Salman Khan's Tubelight directed by Kabir Khan.