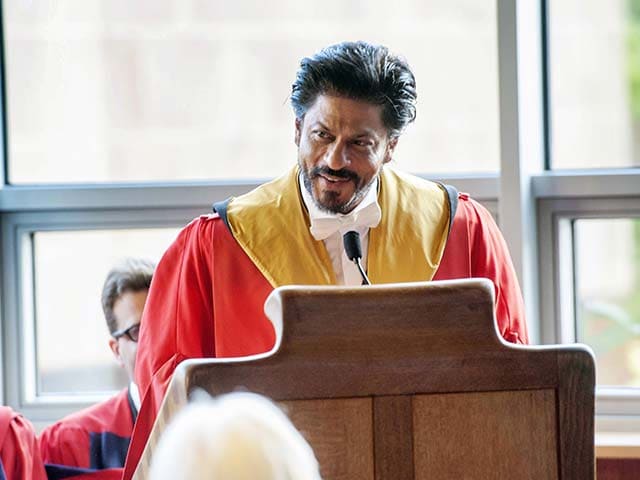 New Delhi: Bollywood actor Shah Rukh Khan received an honorary doctorate from the United Kingdom's University of Edinburgh on October 15 for his philanthropic work. After accepting the honour, SRK gave a rousing speech about real life lessons, with examples from the plots of his movies such as Chak De! India, My Name Is Khan and Kuch Kuch Hota Hai. (See Pics: Edinburgh's Date With Shah Rukh Khan Ended with a Lungi Dance)

1. There's no such thing as 'normal'. That's just another word for lifeless. Madness (of the particularly nice/romantic kind) is an absolute prerequisite to a happy and successful life. Don't ever treat your little insanities as if they are aberrations that ought to be hidden from the rest of the world. All the most beautiful people in the world, the most creative, the ones who led revolutions, who discovered and invented things, did so because they embraced their own idiosyncrasies.

2. Being brave means being shit scared all the way to the party but getting there and doing the 'Funky Chicken' in front of all your teenage kid's friends anyway. Don't let your fears become boxes that enclose you. Open them out, feel them and turn them into the greatest courage you are capable of. I promise you, nothing will go wrong. But if you live by your fears, everything that can possibly go wrong will go wrong and you won't even have done the 'Funky Chicken'.

3. It's OK to be confused. Confusion is the route to all the clarity in the world.

4. Art is more important than the artist - have no attachment to your own art - it's regressive, move on.

5. Don't become a philosopher before you become rich.

6. If you aren't charged up about doing something, if you don't have what in Hindi we call the "Josh", the fire in your belly for it, then don't do it.

7. Chak De India taught me that whatever it is that is pulling you back, its not going away unless you stand up and start forging your own path with all your might in the opposite direction. Stop whining and start moving.

10. Live now, live today -don't be bound by rules, live your own dream.

After his speech, SRK asked 'bored professors out there in the first row', to join him for the Lungi Dance from his film Chennai Express.

The entire audience got jiggy with King Khan

SRK, who is back in India - where he has been busy filming Dilwale - ended the day with an inspiring tweet:

Thx all & remember ur happiness is not tied 2 the things u think it is,it is tied 2 ur ability to shine.Don't ever let ur lite grow dull. 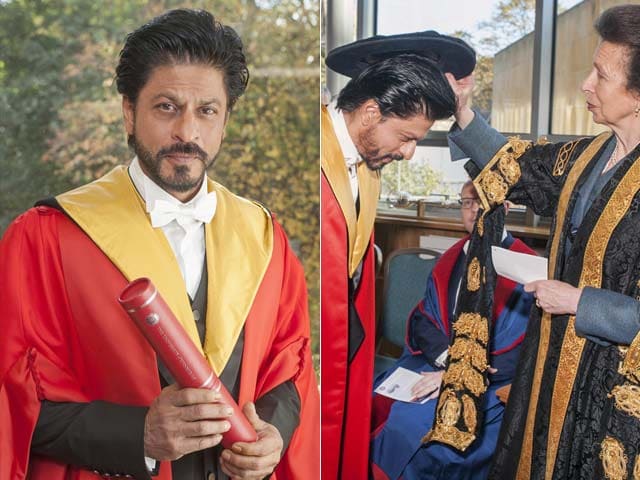