Shah Rukh Khan, Spotted In His Car Early Morning, Tells Fan Where He Was Going 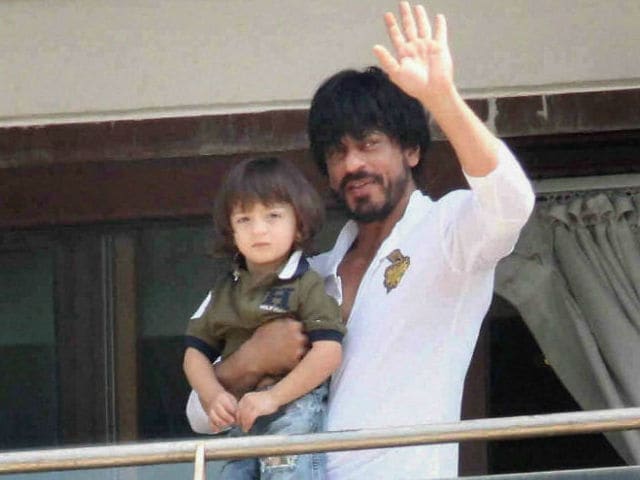 New Delhi: Being a Shah Rukh Khan fan has its perks. Fans of the 51-year-old superstar, especially the lucky ones, often get to have direct interaction with the actor on social media and that's all you need to make your day. On Thursday, Shah Rukh was spotted being driven by in his white BMW by a fan, who was out for a morning walk and was not at all expecting the chance sighting. Prateik Deb, as the fan's twitter handle reads, quickly clicked a picture only to be shooting it to Shah Rukh on Twitter. The fan, who appears to have a sense of humour, wrote: "Saw you leaving just five minutes back with window glass wide open. Spot yourself at the back seat."

A response from Shah Rukh arrived in no time, who said he was on his way to see AbRam off at the school. Aww.

Was on way to drop my baby to school. U have a good walk. https://t.co/NwCGoOVr43

@iamsrk came for a morning walk.Saw u leaving just 5 minutes back with window glass wide https://t.co/CsQDJJdWqj urself at the back seat. pic.twitter.com/M81GVHWO6x

Shah Rukh, whose favourite companion is his four-year-old son, is often spotted taking his youngest one out on drives. Pictures of AbRam waving from Shah Rukh's convertible went viral earlier this year - it all happened when fans spotted Shah Rukh and AbRam enjoying a ride together in the streets of Mumbai.

Shah Rukh also offers glimpses of his adventures with AbRam on Twitter - earlier this year, he shared a picture from their late night walk to Juhu beach and the Internet just could not handle it.

a late night walk along the juhu beach...hand in hand...& the sand castle we made will last a life time..we r sure. pic.twitter.com/x8jqCQ0wGY

Meanwhile, AbRam not only keeps Shah Rukh busy but also accompanies his designer mother to parties such as those hosted by the Khans' family friend, filmmaker Karan Johar.

The adorable Abram is turning out to quite the poser!!!! Stealing the thunder from his talented and beautiful mother... pic.twitter.com/Nt6bvB7QPE

Promoted
Listen to the latest songs, only on JioSaavn.com
Shah Rukh and Gauri are also parents to daughter Suhana, 16, and 19-year-old son Aryan, who is currently studying film at University of Southern California, London.

Shah Rukh Khan is currently busy with the remaining pats of his yet-untitled film with Imtiaz Ali, which also features Anushka Sharma. His upcoming project with director Aanand L Rai has also intrigued much interest as it casts Shah Rukh in the role of a dwarf.