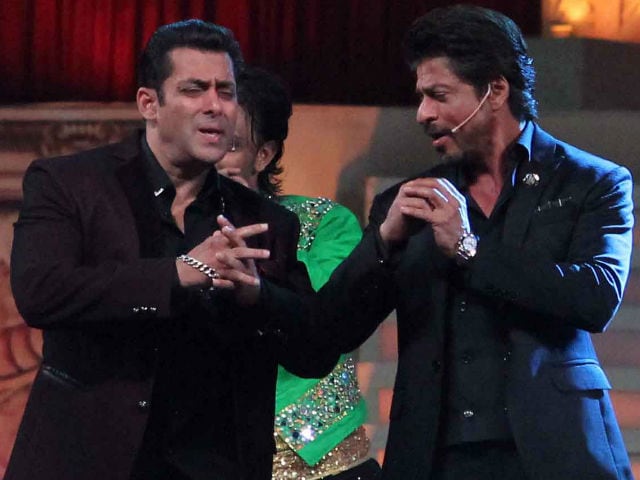 New Delhi: Just how carefully the cracks in one of the most high-profile Bollywood friendships have been papered over was revealed at the Star Screen Award 2016, held in Mumbai on Sunday night. A segment was co-hosted by superstars Shah Rukh Khan and Salman Khan, who concluded a bitter and very public feud two years ago in November 2014. Speaking to reporters at the event, both actors said that a future film together was more than likely, reports news agency PTI. SRK, 51, and Salman, soon to be 51, have co-starred in Karan Arjun, Kuch Kuch Hota Hai and Hum Tumhare Hai Sanam, the last of which was made in 2002.

Asked about the possibility of reuniting on screen, Shah Rukh Khan said, "Woh bhi ho jayega (That will also happen). We are here. Someone will bring a film, we will do something." Salman Khan agreed: "It will happen. If some good, knowledgeable writer comes up with something, we will definitely do it." 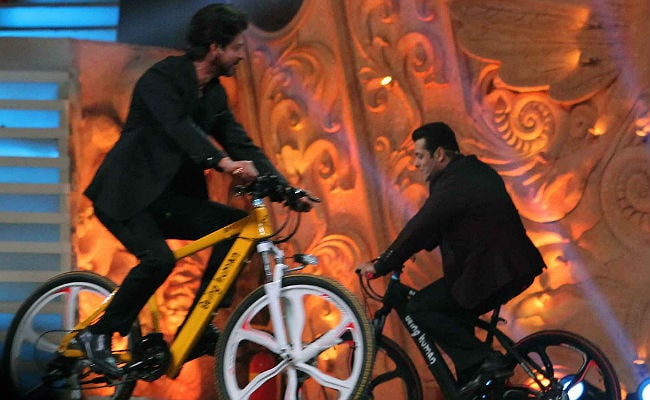 A film with both SRK and Salman will also require a director with vast reserves of patience, SRK said.

In 2008, SRK and Salman fell out at a birthday party for actress Katrina Kaif. For the next six years, they were at war, punctuated with brief interludes at politician Baba Siddique's iftaar parties where an uneasy truce was temporarily sealed with photo-op hugs. In November 2014, SRK and Salman publicly mended their broken friendship at Salman's sister Arpita Khan's wedding.

Since then, it's been love, light and peace. SRK revealed the first look of Salman's film Bajrangi Bhaijaan last year and have made it fairly clear that for them, impossible is nothing.

Meanwhile, back at the Star Screen Awards, both actors said they had fun on stage. "It's fun. This is the way we are normally also. It's nice to have extended it. We really had fun," said SRK. "It was really good fun. The theme is friendship so who better than him and me to host it," said Salman. They declined on behalf of their colleague Aamir Khan when asked if he would join them at a future award show. Aamir doesn't attend awards, said SRK and Salman.

Promoted
Listen to the latest songs, only on JioSaavn.com
Shah Rukh Khan and Salman Khan were last seen in their films Dear Zindagi and Sultan. SRK's Raees opens next month and Salman is working on Tubelight with director Kabir Khan.