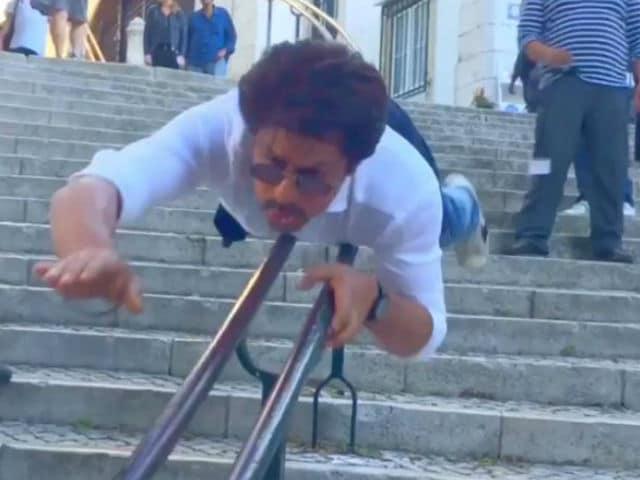 The 50-year-old actor had a belief - that he can fly, and he almost did. Haven't most of us tried a similar stunt growing up?

In Amsterdam, where he was shooting for Imtiaz Ali's next (tentatively titled The Ring), Shah Rukh was up for some fun and decided to slide down the railing of a staircase like this (with I Believe I Can Fly playing in background):

If u believe u can fly...u can..well almost. P.S. B careful of the friction on the pelvic girdle.#srkinstagyaan

Shah Rukh and his co-star Anushka Sharma recently wrapped the film's schedule in Amsterdam, where they shot for sequences at the Rijksmuseum and other places:

Promoted
Listen to the latest songs, only on JioSaavn.com
Before Amsterdam, the trio also captured scenes in Prague:

He will be next seen in Rahul Dholakia's Raees, releasing in January. Shah Rukh also has Aanand L Rai's film and Gauri Shinde's Dear Zindagi with Alia Bhatt in the pipeline.