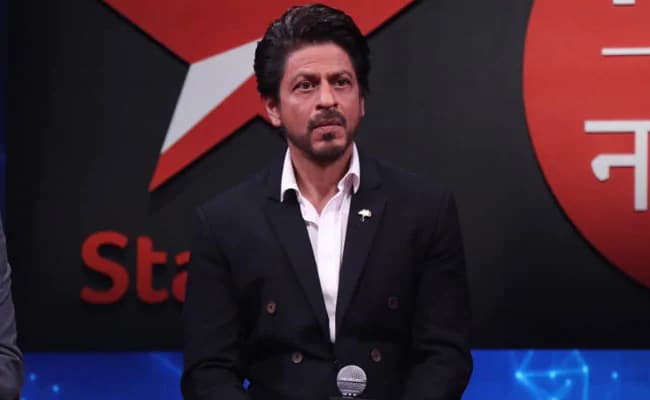 Shah Rukh Khan is a hero in every sense (even in real life). The reason we brought this up today is because the actor reportedly rescued Aishwarya Rai Bachchan's manager at the Bachchans' Diwali party which was held this year, reported mid-day. According to the report, Aishwarya Rai Bachchan's manager Archana Sadanand's lehenga apparently caught fire during the Diwali party. Shah Rukh Khan, who attended the party with his wife Gauri Khan, was reportedly the first one to notice this and he immediately put out the fire. Shah Rukh Khan also suffered minor burns at the party, mid-day reported.

"Archana was with her daughter in the courtyard when her lehenga caught fire. Those around were stunned and didn't know what to do. Shah Rukh had the presence of mind, rushed to Archana, and put out the fire. He, too, sustained minor burns while dousing the flames with a jacket. His only thought was to put out the fire," mid-day quoted a source present at the party as saying.

Ms Sadanand was admitted to Mumbai's Nanavati Hospital on Monday morning. "Archana Sadanand, who was admitted in the wee hours of Monday, is kept in isolation in the ICU to prevent infections. Doctors said she sustained 15 per cent burns. Shah Rukh Khan also suffered minor burns," stated mid-day.

The Bachchans hosted a grand Diwali party after two years at their house Jalsa in Mumbai. The party was attended by the Ambanis and several Bollywood A-listers.