Diwali 2019: The Bachchans hosted a Diwali party after a two gap of years and it was packed with star power. 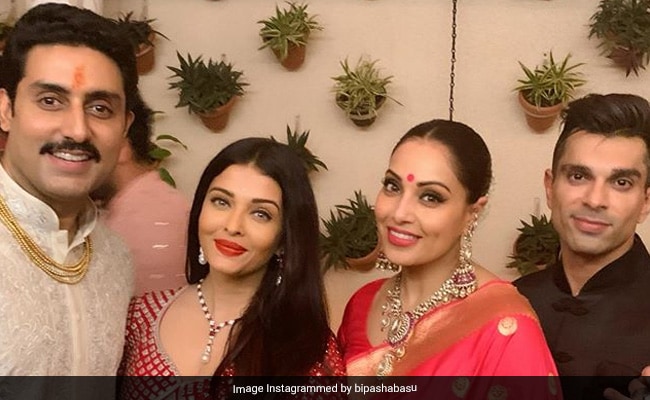 Diwali euphoria at the Bachchan's Jalsa bungalow was quite high on Sunday night as Bollywood celebrities dressed in their festive best celebrated the festival with them. The Bachchans hosted a Diwali party after two years (more on later) and it was packed with star power. From the film fraternity, Shah Rukh Khan, Katrina Kaif, Kareena Kapoor and others arrived while Anushka Sharma and Virat Kohli, Sagarika Ghatge and Zaheer Khan represented the Bollywood-cricket crossover group. Nita Ambani also attended the Bachchans' Diwali bash with her husband Mukesh Ambani and Radhika Merchant, who is reportedly dating Anant Ambani. Apart from Amitabh Bachchan, actor Anil Kapoor also hosted a grand party to celebrate Diwali with his filmy friends but that's another story.

Actress Bipasha Basu, who was among the attendees along with her husband Karan Singh Grover, shared inside pictures from the party, which included hosts Amitabh Bachchan, Abhishek and Aishwarya Rai Bachchan. Amitabh Bachchan's daughter Shweta, who is married to businessman Nikhil Nanda, attended with her children Navya Naveli and Agastya. Couturier Abu Jani of the Abu Jani Sandeep Khosla duo shared a magnificent picture of Jaya Bachchan, Shweta, Navya and Agastya - all dressed in AJSK label's latest pieces.

Now take a look at the guests - Shah Rukh Khan looked dashing in black while Gauri Khan wore a soft pink threadwork lehenga . Inside the party, Gauri posed with Karan Johar and Rani Mukerji, who wore a purple and white outfit, festooned with polki necklaces. 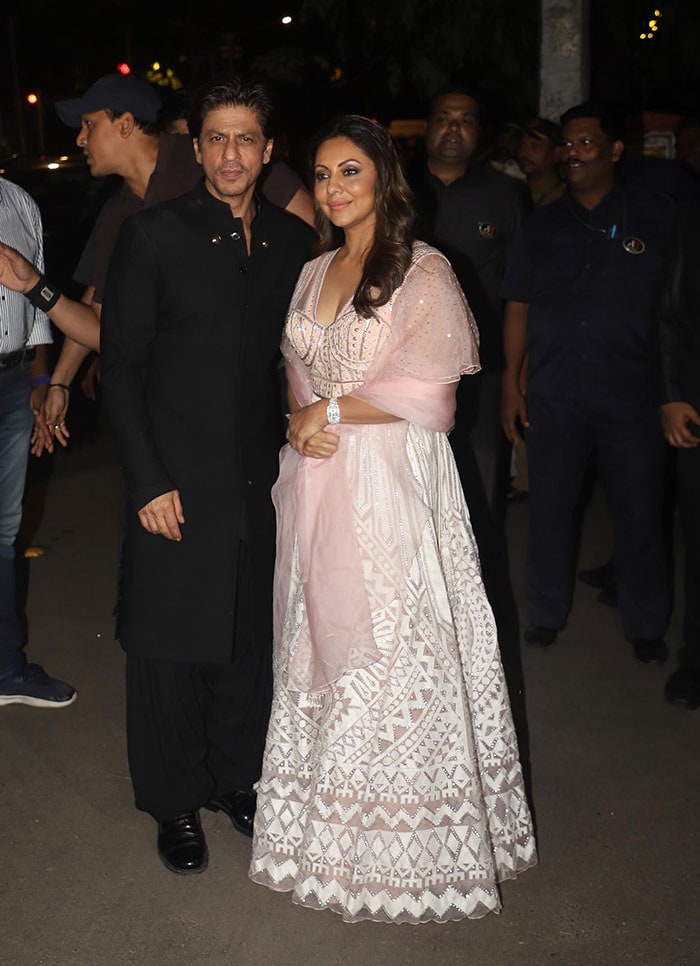 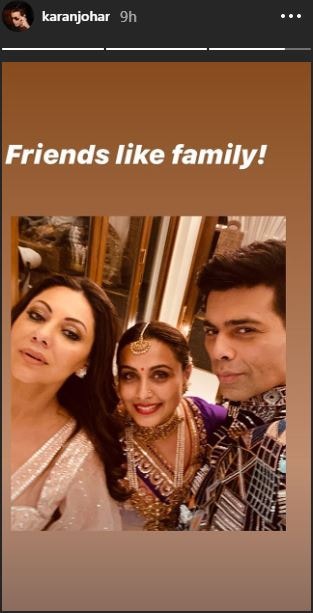 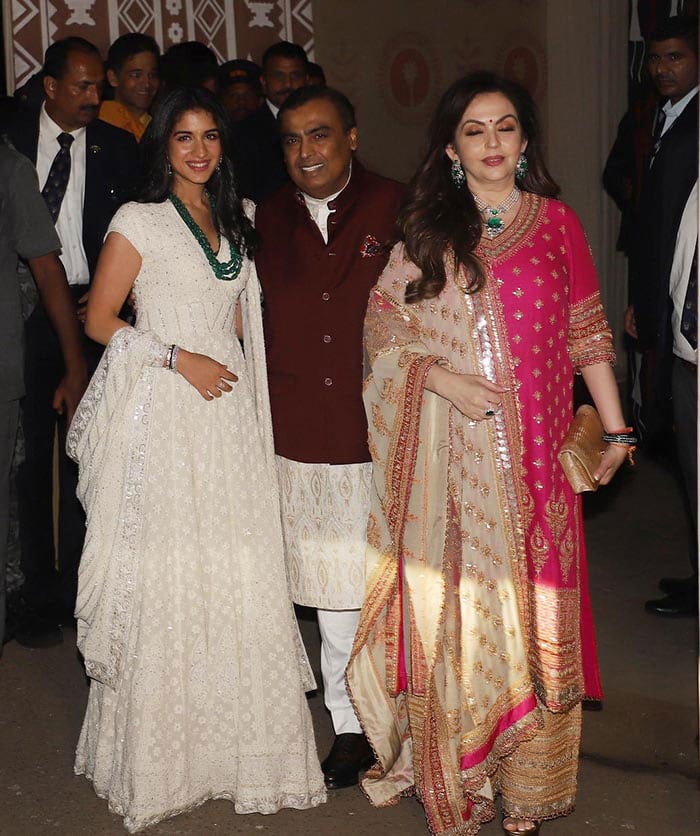 Actor Akshay Kumar, recently seen in Housefull 4, arrived at the party with his wife Twinkle Khanna and son Aarav. Akshay Kumar had said on several occasions that he rarely attends Bollywood parties. However, it appears he couldn't ignore an invite from the Bachchans. Katrina Kaif was among the many celebs who wore red for the festival. Hers was a plain red lehenga with elaborate gota border. Minimal accessories and a pretty smile finished out her look. 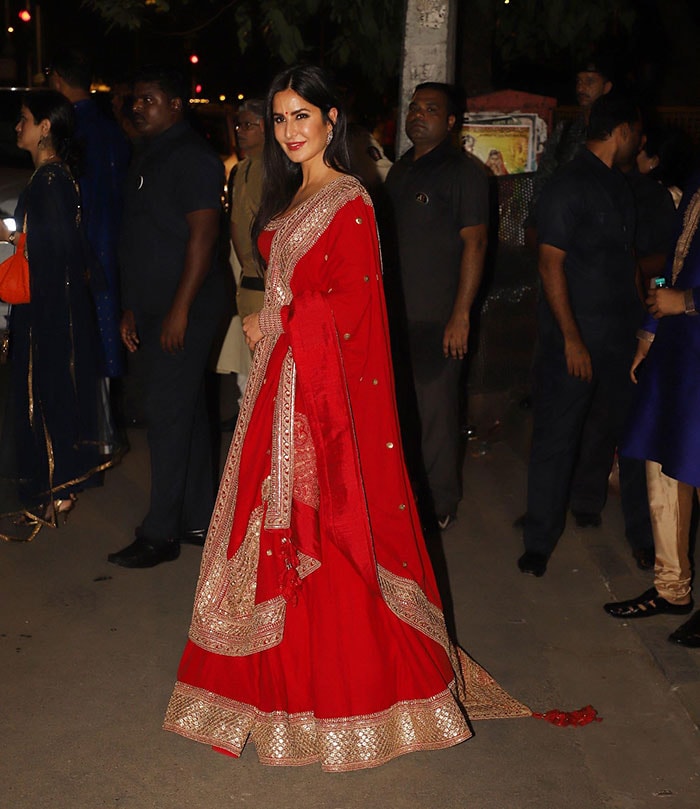 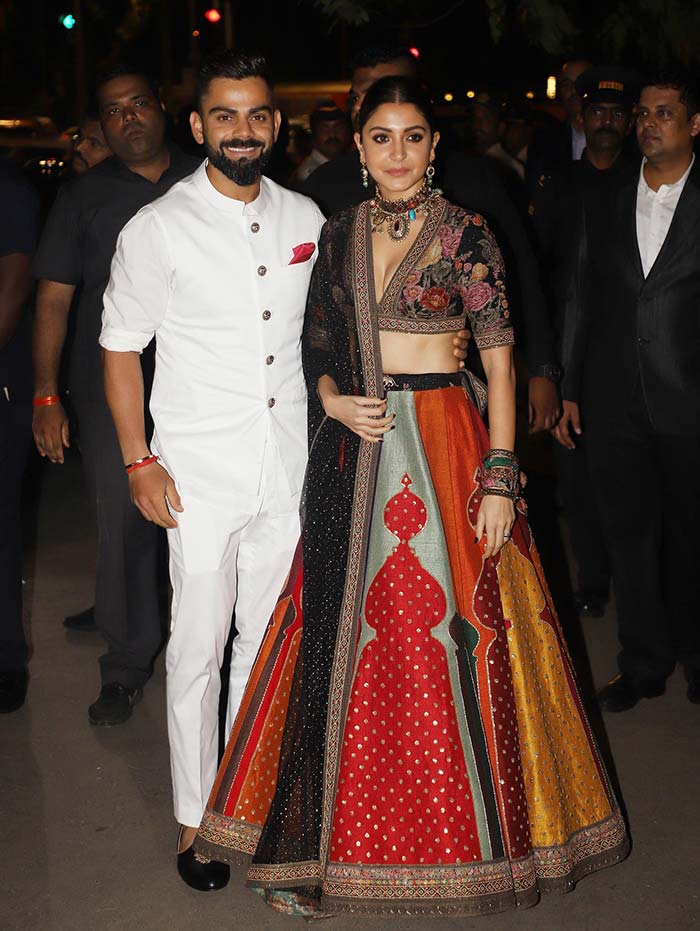 Anushka and Virat looked lovely together.

Kareena Kapoor wore a Good Earth lehenga set while Karisma Kapoor opted for a red Sabyasachi saree for the Bachchans Diwali bash. They also attended Anil Kapoor's Diwali party on the same evening, for which Kareena tied her hair in a back bun to differentiate the two looks. 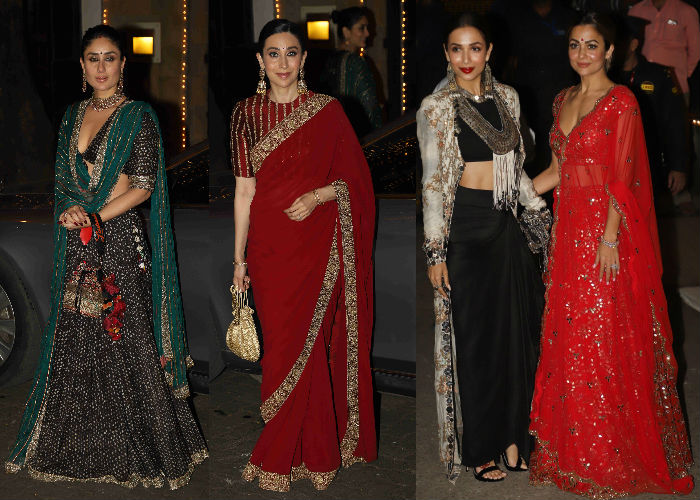 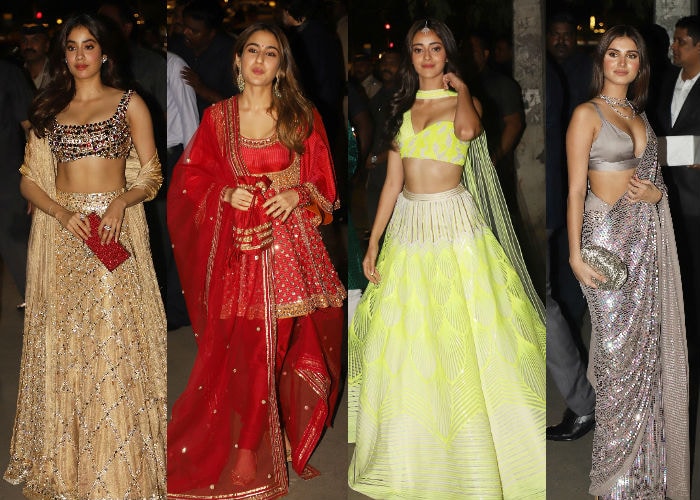 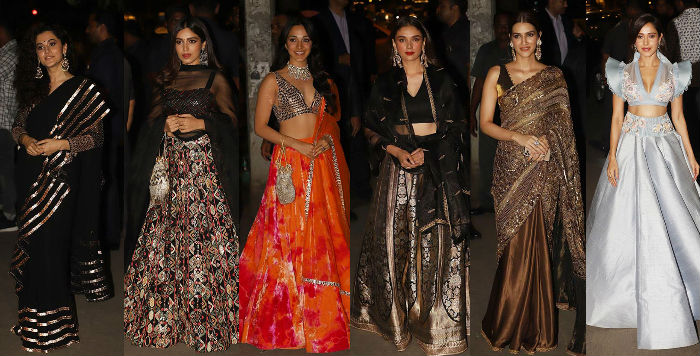 In Twos - Varun Dhawan's plus one to the Diwali party was his girlfriend Natasha Dalal while Rajkummar Rao and Patralekhaa arrived together. Bipasha Basu, dressed in red, arrived arm-in-arm with her husband Karan Singh Grover. Actor Dulquer Salmaan, last seen in The Zoya Factor, was spotted at the Bachchans' party and also at Anil Kapoor's Diwali bash with his wife Amal Sufiya. 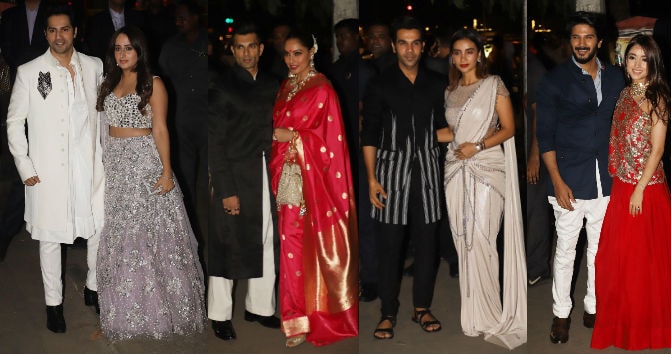 Neha Dhupia and Angad Bedi and Soha Ali Khan and Kunal Kemmu attended the party with their daughters Mehr and Inaaya, respectively. 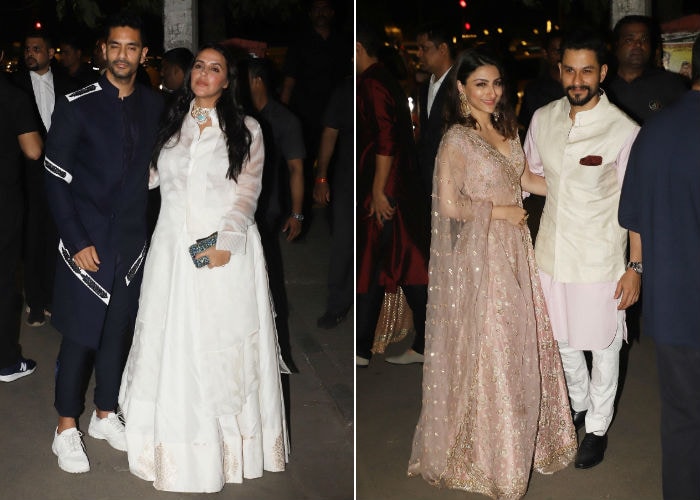 The Bachchans, who regularly hosted grand Diwali parties for the members of the film fraternity, took a gap of two years - after Aishwarya Rai Bachchan's father Krishnaraj Rai died in 2017 and after Shweta's father-in-law Rajan Nanda died in 2018.