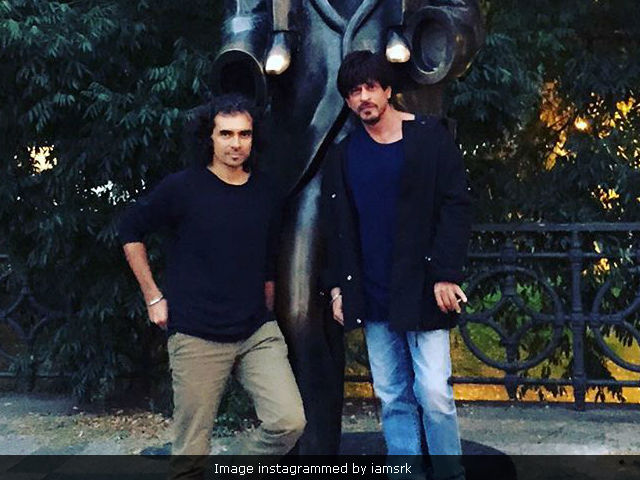 New Delhi: Director Imtiaz Ali recently collaborated with superstar Shah Rukh Khan for a yet-untitled film and the Jab We Met said that the My Name Is Khan actor has the approach of a theatre artiste, reports news agency IANS. Imtiaz told IANS that he's happy that Shah Rukh, 51, has not "forgotten his root." He said: "We talk a lot about Delhi theatre. I didn't know that he would be still in the habit of performing in the way that he used to when he did theatre. His approach is very theatrical." The film, which is reportedly titled The Ring, also stars Anushka Sharma.

"Every day he talks about his theatre experience in Delhi and I am very glad about that," Imtiaz Ali added.

The film has been exhaustively shot in Prague, Amsterdam and Budapest. The film will release on April 11 and is produced by Shah Rukh Khan's Red Chillies Entertainment. In November, Salman Khan announced the release date of Shah Rukh Khan and Anushka Sharma's film with a tweet:

This year started on a good note for Shah Rukh Khan after his film Raees received a warm response from critics, which was backed by the box office numbers. In the Rahul Dholakia-directed film, Shah Rukh played the role of a liquor baron based out of Gujarat, a dry state.

Promoted
Listen to the latest songs, only on JioSaavn.com
After the Imtiaz Ali-film, Shah Rukh will get busy with Aanand L Rai's film in which his character is a dwarf. He also has a cameo in Kabir Khan's Tubelight which stars Salman Khan in lead role.