Shah Rukh Khan is 'Over Indulgent' as a Father 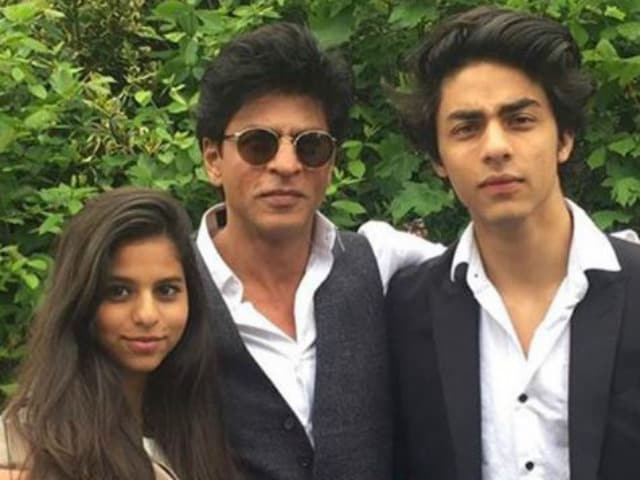 New Delhi: Shah Rukh Khan might be known as a loving father to his three children but the superstar believes that he indulges them more than needed.

The 50-year-old actor said that he is a proud father to Aryan, 19, Suhana, 16 and his youngest son AbRam, who celebrated his third birthday last week.

From taking AbRam one to IPL matches to playing host to his daughter's friends, SRK's love for his children is not hidden from his fans and the actor said that he loves to "spoil" his children.

"I am a very indulgent father. In fact, I am over indulgent. I spoil them a lot," the Fan actor told reporters in New Delhi at the launch of KidZania, a global indoor theme park.

The Delhi/NCR branch of KidZania comes three years after Shah Rukh launched the park in Ghatkopar in Mumbai. The Bollywood star co-owns the theme park.

When asked whether AbRam is fond of rides and if the actor would bring him to KidZania, Shah Rukh said, "I think AbRam would love to come here. When I thought of making this, I wanted to do it for my kids but by the time it got made, they grew up. So, now, I would love to get AbRam here. But first I will take him to the Ghatkopar one."

For the actor, bringing such an experience for children to India is a matter of pride and he said this endeavour stands as most special among all the ventures that he has forayed into.

"I am very proud of this. The Mumbai one has been doing great and that encouraged me to bring KidZania to Delhi/NCR. In fact, this one is far bigger than the other park. I am sure kids and families will love it. Out of everything that I have ever done, this is what I am most proud of...that I have done something for children," he said.

Shah Rukh intends to open the park in Chennai, Benguluru and of course Kolkata, a city the Dilwale star shares a special bond with.

"We will take it to Chennai and Benguluru and Kolkata too. The process takes time as we need a huge place and its entrance and exit should be safe for kids. Also training of the staff is an important task as families will leave their children with the people here. But these are long term plans which we will fulfill slowly and gradually," he said.

Shah Rukh added that that he wants KidZania to be affordable for all section of society and has joined hands with a couple of NGOs to enable underprivileged children to experience KidZania.

The Chennai Express star arrived at the launch in style, walking the ramp with a few children, who were dressed as their future dream characters. He also interacted with them, answering their questions about his childhood and his dreams as a child.

During the interaction, Shah Rukh revealed that as a child he wanted to become either an army officer or a teacher.

Concluding the event on a filmy note, Bollywood's romance king delivered dialogues from his 2012 drama Jab Tak Hai Jaan as young girls and women cheered on. He also obliged his male fans in the crowd by speaking a few lines from the teaser of his upcoming action thriller Raees.