Shah Rukh Khan Describes Himself As 'Incomplete,' Explains Why

Shah Rukh Khan said: "For the last one year, we have been worried that the character's height shouldn't become the mainstay of the film 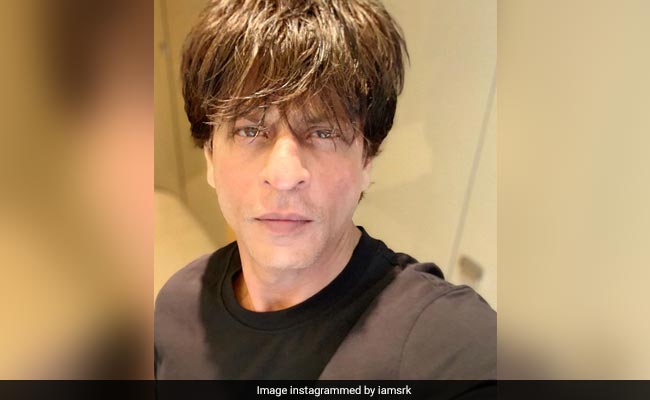 Shah Rukh Khan says has never felt complete as an actor and that's what has kept him going for almost three decades in the industry. The 53-year-old actor says rather than looking for end result, he believes in quietly celebrating milestones. "I have never felt complete. As an artiste, I am very incomplete and I know that. If I am not, then I would not like to work. If I am complete then why would I wake up in the morning and work hard and still try to do something," Shah Rukh said in an interview.

Shah Rukh Khan says he is restless by nature. "I always think, within the commercial cinema set-up that I am working in, how can I bring in something new, as an actor, as a producer, in whatever capacity I can. I am not complete at all, I am very restless. If you think you are complete, then you are boring, over and done with," he added. "I don't think of things as completing. As an old saying goes...the journey is important. If I cross anything, which I think is a good achievement then I don't think of it as an end-line, I think of it as a milestone," Shah Rukh Khan said.

"But I don't plan for it. I don't think of 'I should earn this much', or 'I should have that many awards', or 'I have to make that many hit films', I think it is very organic. Because, if you worked in films as long as I have, specifics become less important," he says. Shah Rukh says the films that he is currently doing, he is loving them as he isn't looking for any end result in the projects. "After twenty-five years of working, I have realised that the only reason you should be working is for the happiness of your heart," he says. His upcoming film Zero, directed by Aanand L Rai, aims to celebrate the incompleteness of people.

In the film, Shah Rukh Khan plays a vertically challenged man while Anushka Sharma features as a scientist with cerebral palsy and Katrina Kaif plays an actor who is emotionally incomplete. Shah Rukh says the film neither looks at these characters with pity nor asks viewers to give them sympathy. "When films are made on special abilities, normally there is an attempt to gain sympathy. In the entire film, we have tried that all the three character never ask for sympathy from the audience or the world. We don't want anyone's sympathy or empathy," he adds.

Playing a vertically challenged person, Shah Rukh says, was not a gimmick for them. "For the last one year, we have been worried that the character's height shouldn't become the mainstay of the film. In the first ten-fifteen minutes and even after the trailer, you overcome that. That doesn't become a gimmick. Aanand L Rai and I didn't want that to happen," he says.

Zero is scheduled to be released on December 21.

(This story has not been edited by NDTV staff and is auto-generated from a syndicated feed.)
Comments
ZeroShah Rukh Khan