Shah Rukh Khan Celebrates 3 Years Of Raees With This Hilarious Video. Seen Yet? 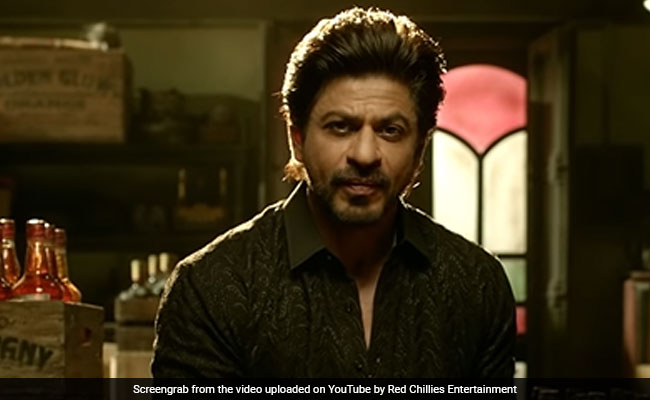 As Shah Rukh Khan's 2017 film Raees completed 3 years, the actor celebrated the occasion by sharing a ROFL video on social media. In the clip, Shah Rukh Khan can be seen adding a hilarious spin to his famous dialogue from the film - Koi bhi dhandha chhota ya bada nahi hota, aur dhandhe se bada koi dharm nahi hota (No business is big or small and there is no bigger religion than business). In the video, the actor recites the aforementioned dialogue when a voice in the background interrupts him and hilariously says: " Abbe, tu jaldi se picture chalu kar na. Dhandha-dhandha kar raha hai, kuch kar nahi raha." After his latest post, it wouldn't be wrong to say that Shah Rukh Khan sure knows how to take a satirical dig at himself.

Sharing the video, Shah Rukh Khan wrote on Instagram: "Need to take Raees' advice myself...soon! Thanks to whole team of Raees for making this beautiful film."

Directed by Rahul Dholakia, Raees also features Mahira Khan. The film is about the story of an IPS officer (Nawazuddin Siddiqui) who decides to arrest 1980s Gujarat crime lord Raees (played by Shah Rukh Khan,) who defies the constraints clamped by the Prohibition Act to become the state's undisputed liquor king.