Setters Movie Review: The film remains a middling affair because it asks many important questions but answers only a handful with any degree of clarity. 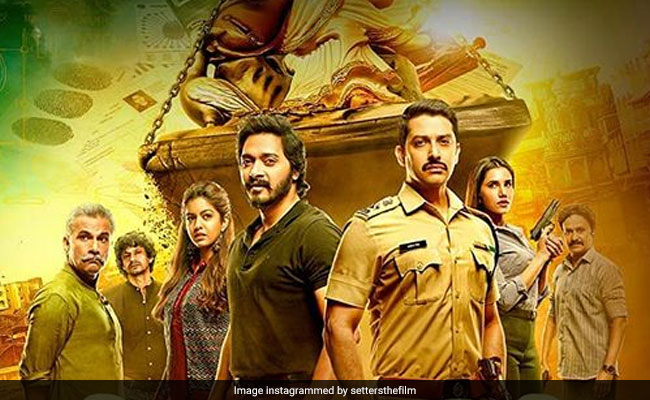 Two actors whose Bollywood careers have gone off the boil a tad - Shreyas Talpade and Aftab Shivdasani - make a fair fist of anchoring Ashwini Chaudhary's uneven crime drama Setters. In a film that yo-yos between the mildly interesting and the drably monotonous, they esay the roles of two Varanasi college mates whose lives have gone in diametrically opposite directions - one is an upright IPS officer, the other a conman who is part of a nationwide examination racket.

They are generally stuck in the potboiler comedy rut, so the pair grab the opportunity to play characters of greater depth and seriousness with both hands. While Talpade is more consistent than Shivdasani, together they effectively embody the two moral poles that define the film's ethical compass. It is the middle that is shaky.

Shreyas Talpade and Aftab Shivdasani are complemented by the rest of the film's ensemble cast led by a terrific Pavan Malhotra (an actor who makes an impact no matter what; here he has almost the entire film to himself) that helps the film zip over its uneven stretches. There are many. But while Setters isn't exactly edge-of-the-seat fare, it does have its moments - especially in the form of a few well-written scenes - that ensure that its stutters do not hold up the flow of the narrative. The script is often smart and the editing always sharp.

Like Why Cheat India, released earlier this year, Setters probes the malpractices that beset India's education system. The title of the film refers to the mafia that fixes major entrance examinations through leaked question papers and proxies. The cartel here operates out of Varanasi, but its tentacles are spread across the country.

Setters kicks off in Mumbai, where Apurva Choudhary (Talpade) spearheads an operation to spirit out the Railways entrance exam question paper and distribute it to candidates spread across locations in the city. He and his men encounter no hitches and they make a killing. The action then shifts to Varanasi, where Apurva reports to Bhaiyaji (Malhotra), an ageing, irascible wrestler who controls an empire of crime and nurtures political ambitions, and from there on to different cities - Lucknow, Jaipur and Delhi.

A special investigation team is set up under a superintendent of police, Aditya Singh (Shivdasani), to nab the culprits. He ropes in three cops who've had a rough ride in the force - Diwankar Mani (Anil Mange), who has just put in his papers; Isha Shastri (Sonnalli Seygall), who took the rap for hacking a bank's system as part of an investigation; and Abdul Karim Ansari (Jameel Khan), dreaded for his tendency to resort to third-degree at the slightest provocation. The foursome swings into action but they have to contend with many a hurdle within and outside the police force.

As the exam-fixing cartel moves up the pecking order in terms of demand - banking, engineering and medical - the SIT does everything in its power to bring the criminals to book. The SP even appeals to his ex-friend Apurva, for old time's sake, to bail out of the racket and come clean, but the latter is too far gone the wayward path to be able turn back and make a fresh start.

The action unfolds across crowded streets and localities of different cities as the SIT members and their aides fan out to catch the criminals red-handed. But armed with ever-growing raft of technological aids, the kingpins of the exam mafia are always a step ahead of the law. Among Apurva's accomplices are Lucknow chikan embroiderer Nizam Ahmed (Vijay Raaz), wedding photographer Balam (Manu Rishi Chadha), a coaching centre owner Bhanu Yadav (Neeraj Sood) and trusted friend Nihal (Zeeshan Qadri).

Even when the plot appears to be losing momentum, these actors are firmly in control. If only Setters had more layers, the characters that they play might have assumed lives of their own. That is where the film falters most glaringly: it delivers far less than what it promises.

Setters does not pursue the personal equations between Aditya and Apurva beyond suggesting a rivalry in love that the conventionally successful guy inevitably won. On the rebound, Apurva is in love with Prerna (Ishita Dutta), Bhaiyaji's daughter, which inevitably sparks a rift between the crime lord and the henchman. This strand, too, is barely explored. 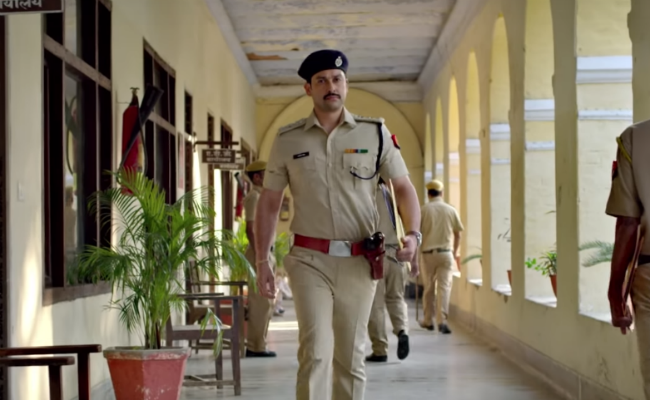 A still from Setters.

The liaison between the crime-prone drifter and the daughter of his short-fused benefactor is not only left for too late, but is also etched out rather sketchily. As a consequence, Ishita Dutta is reduced to a glorified bystander who comes out of the woodwork all too infrequently. Sonnalli Seygall, in contrast, gets a far larger slice of the action as the communications whiz in the investigation team.

One might argue that the focus of Setters is on the education scam that it is out to lay bare, but the human stories involved in the dubious operations of the examination mafia - of both the perpetrators and the benefitting students - might have added some heft to the film.

What Setters lacks is a dramatic core to keep its many arcs in check. The actors, particularly Shreyas Talpade, Pavan Malhotra, Vijay Raaz and Jameel Khan, throw all their weight behind the film, but Setters, in the ultimate analysis, remains a middling affair because it asks many important questions but answers only a handful with any degree of clarity. It is way, way shy of the 'merit list' league.