Selection Day Review: The actors put their best feet forward, but the script they are in never manages to pitch it right 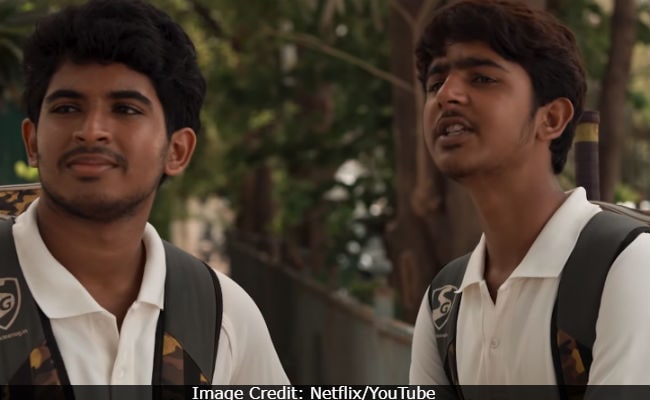 Selection Day, the latest Netflix original from India, is never quite in the game. This adaptation of Aravind Adiga's novel of the same name tackles a slew of themes predicated on the story of two cricketer-brothers from a Madhya Pradesh village who, driven by their obsessive, overbearing father, relocate to Mumbai in quest of a future in India's favourite sport. The patriarch, confident that his sons have the makings of the two best batsmen in the world, sees them as his ticket out of anonymity and poverty.

Directed by Udayan Prasad from a screenplay by Marston Bloom (both are executive producers on the series along with Anil Kapoor, Anand Tucker, Aravind Adiga and others), Selection Day opens in Bandona village, where the Kumar brothers, Radha (Yash Dholye) and Manju (Mohammad Samad), are rightfully renowned for their exceptional batting skills. No bowler in and around the village has their measure. Their father Mohan Kumar (Rajesh Tailang) puts relentless pressure on the boys to keep playing at their best and calls them Champion No. 1 and Champion No. 2 lest they forget what their goal in life is.

The elder boy, Radha, loves the game, but the younger one, Manju, plays cricket only because he cannot dare tell his father that he is interested more in science than sports. The latter misses his absent mother - a hockey player from Karnataka who Mohan married simply because he wanted to father champion athletes - and hopes against hope that she will return one day and set things right for him and his brother. 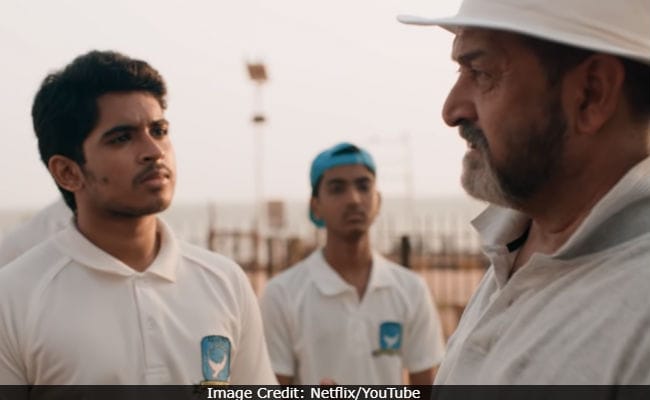 Selection Day features an array of seasoned actors - Rajesh Tailang, Mahesh Manjrekar, Ratna Pathak Shah, Geetanjali Kulkarni, Subrat Dutta, Amruta Subhash, among others - besides a bunch of competent youngsters, including Akshay Oberoi (Laal Rang, Gurgaon, Kaalakaandi). They put their best feet forward all right, but the script they are in never manages to pitch it right. The result: Selection Day never hits the sweet spot.

It's a desultory affair because the plight of the young protagonists as they strive to fit in and gain acceptance in an academy with a history of cricketing success does not arouse any real emotions. The sixth and final episode of the season ends at a point where there still are 113 days to go to selection day - so the series has a fair distance to cover before it reaches the climax. Thus far, apart from a mild-intensity rivalry that develops between the two brothers and an affluent boy Javed (Karanvir Malhotra), who captains the school team for which all three play, no genuine conflict or intrigue is created. Soon after one of the brothers breaks the Harris Shield record for the fastest century, the captain creeps up on the mark before a twist does him in.

Yes, there is also the uneasy relationship between the boys' father - who has his own ideas about how the duo should be groomed for the bigger challenges that lie ahead - and the school's art master Narayan Sadashiv Kulkarni aka Tommy Sir (Mahesh Manjrekar) who doubles up as the team coach. The Kumar brothers depend upon and trust each other; the coach wants them to learn to play as part of a team. The father sees red every time the sons mention the coach's name in his presence because he insists that he knows best.

Radha and Manju have to reckon with multiple divides - rich-poor, urban-rural, English-Hindi, personal freedom-paternal oppression. But they have age on their side and therefore have reason to soldier on. The people around them have seen better days and are all pining for one last hurrah. The father's motivations fueled by naked ambition. His relationship with his wife, a woman we never see, isn't delineated, so the erratic workings of his mind do not always make sense. Tommy Sir's wife Geeta (Geetanjali Kulkarni) is a cancer patient who is fast running out of time. All that the school headmistress and "mathematics nerd" Nellie Weinberg (Ratna Pathak Shah) aspires is to regain the lost glory of the institution. Individually, these are all intriguing figures, but neither of them gets the sort of play that would allow them to leave an imprint on the series.

On the acting front, Rajesh Tailang misses no trick in conveying the extreme single-mindedness of Mohan Kumar. Ratna Pathak Shah does a fine job of fleshing out the stern but matronly school principal. Mahesh Manjrekar, even though he might not seem to be a perfect fit for the role of the cricket coach, is always on the ball.

The younger actors in the cast - Samad Mohammad, Yash Dholye and Karanvir Malhotra - carry the weight of Selection Day manfully. If only the series hadn't been as dreary, their efforts might have yielded more in terms of dramatic impact.