Seen Yo! Yo! Honey Singh And Singhsta's Billo Tu Agg Yet? 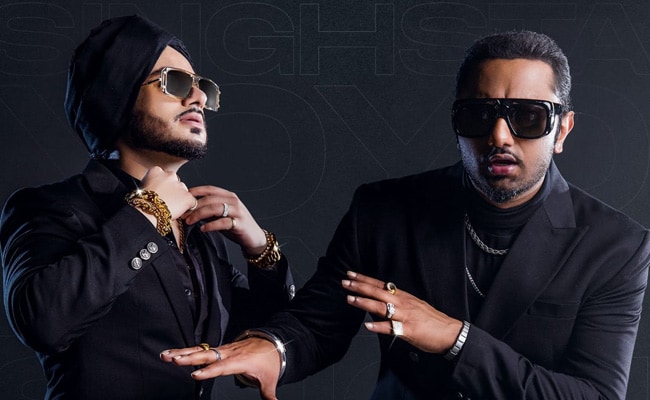 Yo! Yo! Honey Singh with Singhsta.

After collaborating in Yo! Yo! Honey Singh's Makhna, Singhsta teams up yet again with Yo Yo for Billo Tu Agg presented by Bhushan Kumar's T-Series. The artists who were instrumental in changing the landscape of Punjabi pop culture, are back with another R&B pop song, that is guaranteed to have you grooving.

Interestingly, the video of the song was shot during the lockdown in Delhi, with a limited crew once the restrictions were opened, keeping all the safety measures in mind. Simultaneous sets were constructed and the high fashion song was shot in 16 hours.

Talking about the song says composer-singer Singhsta, "I made this song a few months ago and was so happy when Yo! Yo! Honey Singh agreed to come onboard. I'm truly blessed to be working with him as he has taught me so much. I hope audiences make their Billos listen to this song, spread it like Aag and make it popular."

Yo! Yo! Honey Singh who has collaborated for several super hit tracks with T-Series says, "I'm very happy to properly launch Singhsta with this Punjabi R&B track as he has been working with me for the last 3 years. Fans will also hear me rap in Punjabi after a while. We shot this song with a lot of difficulty so that audiences can have a better experience and we hope they shower it with love."

Says director Mihir Gulati, "This video is more like a fashion film, where we see our artists styled elegantly. The moment I heard the track, I knew it was all about class and elegance. From location to set design, from lighting to shot composition, we kept the vibe intact."

Says T-Series head, "It's been a while since audiences heard a cool, millennial R&B pop track and Billo Tu Agg is just that. Both Singhsta and Yo! Yo! Honey Singh are style icons and the video has been shot on par international standards."

Bhushan Kumar's T-Series presents Singhsta's Billo Tu Agg featuring Yo! Yo! Honey Singh. With music by Singhsta, the R&B pop song of the season co-produced by Bobby Suri and Yo! Yo! Honey Singh is out now on T-Series' YouTube channel.