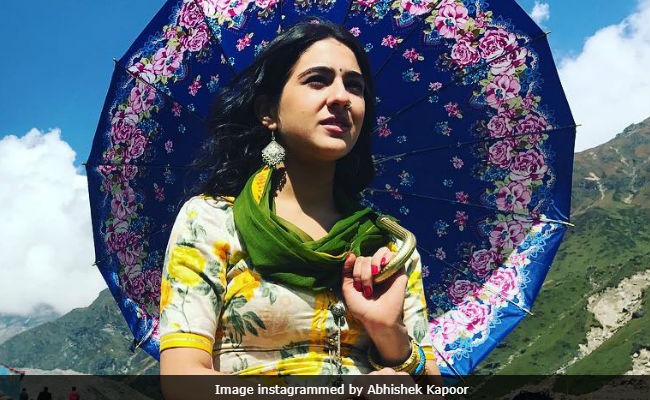 New Delhi: Sara Ali Khan's debut film Kedarnath is reportedly back on track and the film's shooting will resume in April. A mid-day report stated that director Abhishek Kapoor and producer Prernaa Arora (of KriArj Productions) have set aside their differences to wrap the project. "After the dust settled down, both Abhishek and the producers realised they were personally invested in the film and did not want to hamper it in any way. Both parties sat down and resolved their issue," a source said. The producers have also withdrawn the case against Abhishek Kapoor. mid-day reports that Sushant Singh Rajput, who is currently filming Son Chiriya, will join the crew in Mumbai next month.

"Sushant is currently shooting for Son Chiriya but he returns to the city by the end of this month. The team will resume Kedarnath shoot on April 4 in Film City. An elaborate set has been erected for the movie. It will be a 20-day-long schedule following which the team will move to a new location for the last leg," the source told mid-day.

Last month, Abhishek Kapoor and KriArj Productions parted ways after the producers alleged the Abhishek's "unprofessional behaviour and mismanagement" has delayed the film's progress. Abhishek in turn accused the producers for "lacking transparency" in the financial dealings and announced that he would produce the film alone through his Guy in the Sky Pictures. Prernaa Arora then filed a lawsuit against Abhishek, which has now been withdrawn, reports mid-day.

In between the blame-game, Abhishek Kapoor re-posted Sushant's Instagram picture from a script reading session:

Promoted
Listen to the latest songs, only on JioSaavn.com
Kedarnath is Sara's first Bollywood project. Sara is the daughter of actor Saif Ali Khan and his first wife Amrita Singh.

Kedarnath is expected to release in December 2018.