"Moments of 2021 that made me feel most alive," wrote Sara Ali Khan 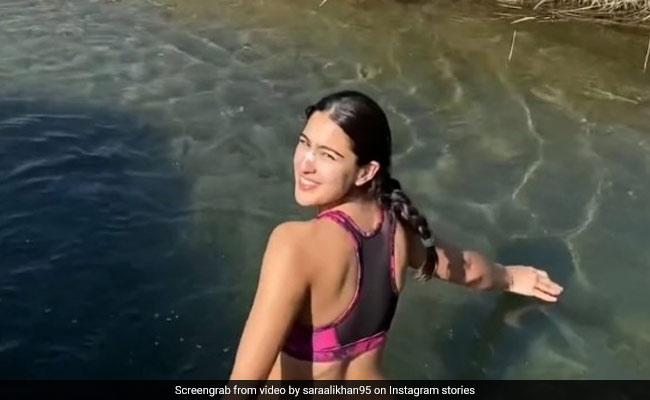 Sara Ali Khan had a productive year - both in professional terms as well as personal front. The actress went on several vacations, some with family, some solo and some where she was accompanied by fellow actresses Radhika Madan and Janhvi Kapoor. As the year is about to end, Sara curated a video of all the moments from her travel diaries, where she felt "most alive." The video has visuals of Sara swimming in the blue waters of Maldives, exploring snow-capped mountains, strolling on beaches and more. She captioned the post: "Moments of 2021 that made me feel most alive" and added Farhan Akhtar's Toh Zinda Ho Tum in the backdrop.