Sara Ali Khan Was Asked By Troll Why Her Shayari Is "So Bad." Her Reply - Mic Drop

How to shut down trolls 101 by Sara Ali Khan 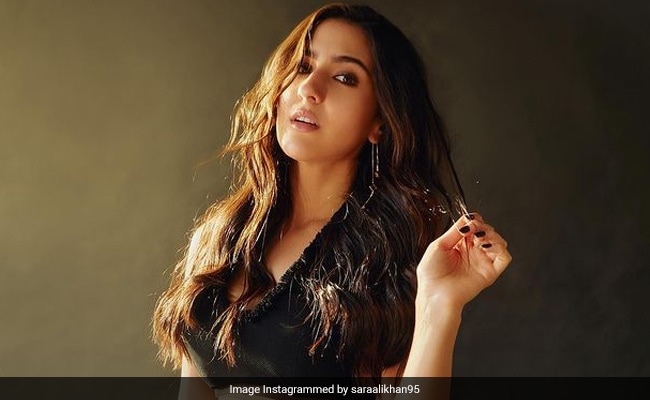 A quintessential Sara Ali Khan Instagram post features a couple of stunning pictures, usually backed by a hilarious caption and a shayari to go with it. To say it like Sara, "Namaste Darshakon," today we will talk about how the actress shut down a troll who said that her shayaris are "bad." The actress, interacting with fans through an Ask Me Anything session, replied to a troll who asked her, "Why are your shayaris so bad?" Sara Ali Khan's reply: "So I drive positive people like you mad, And because rude judgements don't make me sad, And I am who I am inspite efforts of mom and dad, As it's a result of all the laughter and fun I had, And not to mention after that I feel glad, I hope you don't actually dislike my shayari, and if you do then just a tad..." 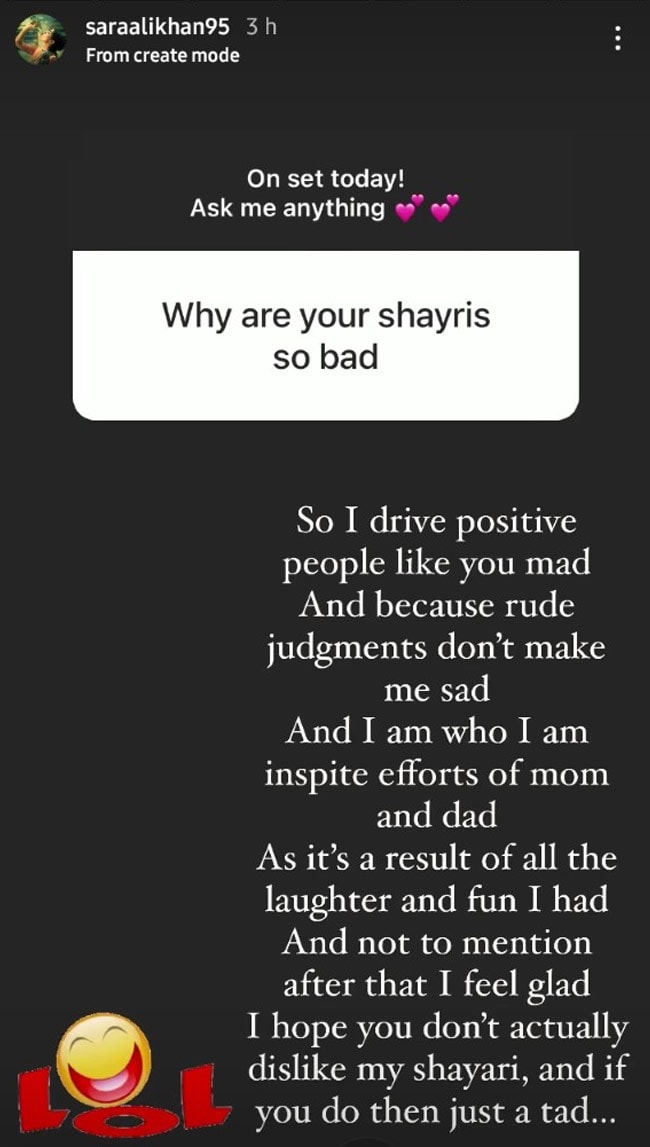 Sara Ali Khan's shayaris can be best described as quirky. This one for instance: "Missing this wind in my hair. Sunkissed face, messy hair. So here's a glimpse I thought I'd share. All day chilling- not a care, sunrise sunset great vibes everywhere." No that bad, no?

Sometimes, it can be as "atrangi" as her character Rinku. "Rinku ko hai besabri se intezaar, kyunki chahiye usse aap sabka pyaar. Toh ho jayo taiyaar. Milne isse so she is not bekaraar."

Sara, who made her Bollywood debut in 2018, has featured in films such as Kedarnath (her debut film), opposite late actor Sushant Singh Rajput, Simmba, co-starring Ranveer Singh and Love Aaj Kal with Kartik Aaryan. She also featured in the Coolie No 1 remake, co-starring Varun Dhawan. Sara was last seen in Atrangi Re, co-starring Akshay Kumar and Dhanush. She will next be seen in an untitled project with Vicky Kaushal.