Saqib Saleem Was Questioned After Kissing Randeep in Bombay Talkies 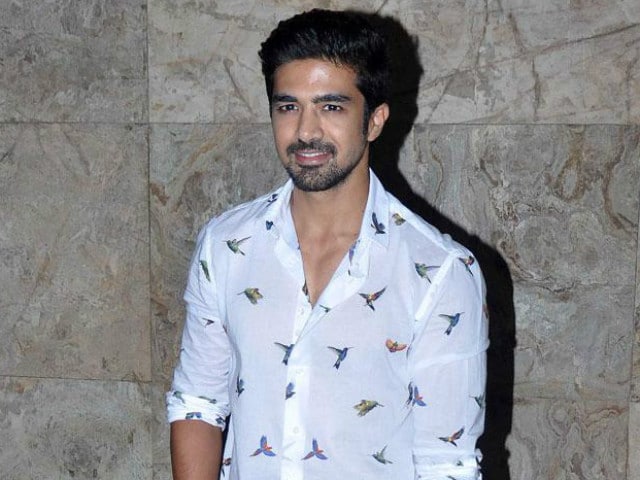 Mumbai: Actor Saqib Saleem feels that being an outsider, making his space in the film industry is more difficult than getting good projects.

Saqib made his debut in acting with a leading role in the 2011 romantic-comedy Mujhse Fraaandship Karoge, which was a success at the box-office.

He then appeared in Mere Dad Ki Maruti, a romantic comedy that proved to be a critical and commercial success. He was also seen in a supporting role in Bombay Talkies and played the lead in critically acclaimed drama Hawaa Hawaai.

"Initially it was difficult to get exciting work, but now people have seen my work. There are people who like my work. So there are exciting things coming up to me, but it's slow of course," Saqib told PTI.

"I have come here (in the film industry) to try something new. It is difficult, but surviving is more difficult. I want to survive first and then will do what I want to," he said.

The 28-year-old actor is not satisfied with his journey in the film industry till now.

"I am not content at all. I am a very greedy actor, I just want to keep exploring myself. I want to do different kind of roles that people don't want to do. I want to surprise people with my work every time," he said.

The actor said that when he did Bombay Talkies, a lot of people questioned him.

"How can I kiss a guy in the film? I am an actor. I will become a hero in the process. I am a middle-class boy, I would have been happy doing two ads and go back home. But I stayed back, tried films as I am greedy actor, I want to keep exploring. I want to be famous and become the biggest actor. I have belief in myself and I stay true to my work," said Saqib, who is the brother of actress Huma Qureshi.

He will next be seen as a cricketer in Dishoom, co-starring John Abraham and Varun Dhawan. He will also star in a movie titled Dobara with Huma.