For Sanju trailer, mark this date on the calendar - May 30 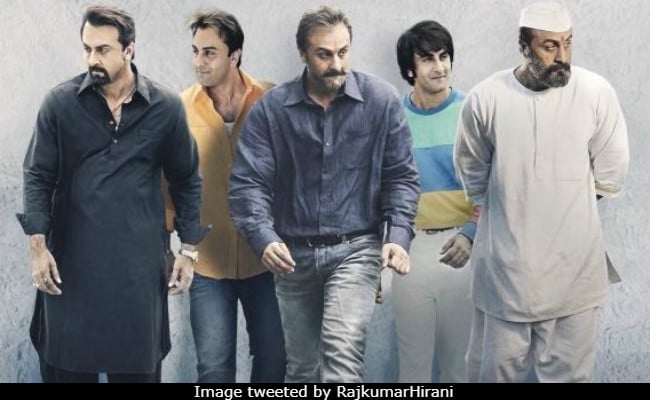 Ranbir Kapoor on a poster of Sanju

New Delhi: The trailer of the Sanjay Dutt biopic titled Sanju is arriving very soon, like real soon. On Thursday, the makers of Sanju revealed that the film's trailer will be released on Wednesday next week - mark this date on the calendar - May 30. Sanju stars Ranbir Kapoor as Sanjay Dutt and also has an ensemble cast comprising Sonam Kapoor, Anushka Sharma, Dia Mirza, Manisha Koirala, Jim Sarbh, Vicky Kaushal, Boman Irani and Paresh Rawal. Movie-buffs and fans just can't wait for the trailer to arrive because while we got to see Ranbir in six different onscreen versions of Sanjay Dutt, there was no glimpse of any of the rest of the cast.

Sonam and Anushka will have extended cameos in Sanju while Paresh Rawal and Manish Koirala will feature as Sunil Dutt and Nargis respectively. Dia Mirza has been cast as Sanjay Dutt's wife Maanyata while Karishma Tanna will feature as Madhuri Dixit. The teaser of Sanju described the biopic as "the shocking story of a man who lived many lives" and now, the wait is only to see how the trailer actually describes the much-awaited film.

Till the time the trailer make it here, enjoy the teaser of Sanju:


Promoted
Listen to the latest songs, only on JioSaavn.com
Apart from the trailer release date, Sanju is also trending for Aamir Khan's remarks about the film. Aamir, who recently opened up about not coming on board Sanju, said that the only character he wanted to be cast as is Sanjay Dutt. "In this film I can't do any other role apart from Sanjay Dutt's, which I can't do because Ranbir is doing," he said.

Directed by Rajkumar Hirani, Sanju is all set to hit screens on June 29.
Comments
sanju trailermay 30