Sanju may have stopped short of Rs 300 crores for now, but it is indeed all set to debut in the list of 300 crore films 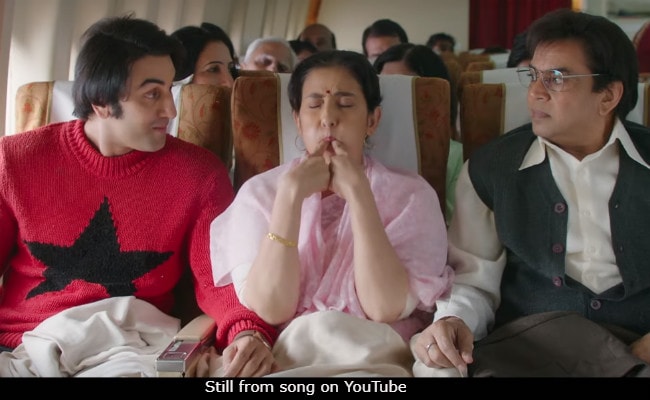 The magic of Sanju continues - the Sanjay Dutt biopic has had a brilliant run at the theatres in its first week and a great one too in the second. Scoring the 100 crore or the 200 crore bounty was an easy feat for Sanju - 100 crore mark was reached in three days, the 150 crore mark in five and the 200 crore jackpot was scored in just a week. At the end of the second week, Sanju's box office progress card reads Rs 295 crores, reported trade analyst Taran Adarsh. Sanju may have stopped short of Rs 300 crores for now, but it is indeed all set to debut in the list of 300 crore films and all it needs is another weekend, said Mr Adarsh. "Sanju is chasing a big total... Showed solid trending in Week 2... All set to enter Rs 300 crore club in Weekend 3," he tweeted.

Not just in India, Sanju has also been welcomed with jadu ki jhappis from all over the world. Its worldwide box office collection now reads Rs 500 crores.

With its stupendous ticket sales, Sanju has broken a record previously held by Baahubali 2. With Rs. 46 crores on its first Sunday, Sanju topped the list of Hindi films with highest single day numbers. The film has also proved to be redemption for Ranbir Kapoor at the box office. His past few releases (Bombay Velvet, Tamasha, Roy and Jagga Jasoos) failed to generate impressive box office numbers - only 2016's Ae Dil Hai Mushkil was a hit.

Meanwhile, Both Sanju and its lead actor Ranbir Kapoor have received critical acclaim from the viewers and critics alike. In his review for NDTV, Saibal Chatterjee writes: "Kapoor shines bright. That is actually an understatement. He dazzles us; he catches us unawares; and he sweeps us off our feet. In one word, he is luminous." The ensemble cast of Sanju also includes names like Sonam Kapoor, Anushka Sharma, Vicky Kaushal, Dia Mirza, Paresh Rawal and Manisha Koirala.

Two weeks after Sanju hit screens, it has been joined at the theatres by another biopic Soorma, which is based on the life of Hockey champ Sandeep Singh and portrayed by Diljit Dosanjh.

Promoted
Listen to the latest songs, only on JioSaavn.com
Comments
sanjuranbir kapoor