Sanjivani Redux Trailer: Mohnish Bahl Is Back With His Team Of 'Super Kaabil' Doctors 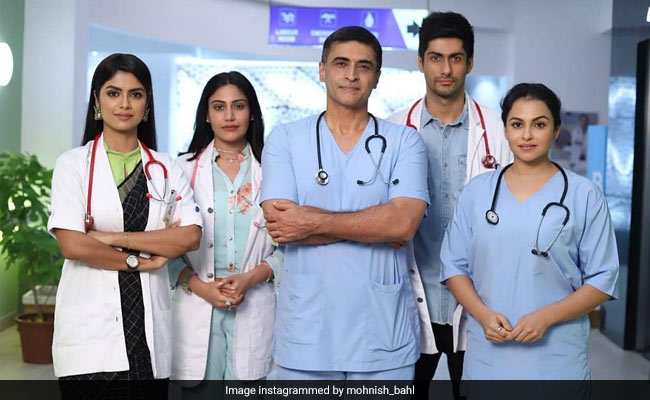 If you are a fan of the popular television show Sanjivani, we have a special treat for you. The much-awaited trailer of the show's second season released on Wednesday and it we assure you that it will make you super nostalgic. The show's trailer was originally shared by Star Plus (the channel on which Sanjivani will air) and was later shared by the members of the cast. The trailer begins with a visual of Mohnish Bahl (who has reprised his role as Dr Shashank Gupta) greeting his patients. The trailer also introduces us to the Dr Sid (played by Nimit Khanna), who happens to be "over smart" albeit kind. The trailer also gives a sneak peek into his love-hate relationship with his colleague, played by Surbhi Chandna. Gurdeep Kohli, Rohit Roy and Sayantani Ghosh also make a blink-and-miss appearance in the video.

Check out the trailer of Sanjivani here:

Earlier this month, Mohnish Bahl shared the teaser of Sanjivani 2 on social media and he wrote: "Nostalgia, happiness and another bunch of fabulous memories ...Sanjivani 2, the 'doctored' version. Here we come. Can't wait to be back home at Sanjivani."

Nostalgia, happiness and another bunch of fabulous memories ... Sanjivani 2, the 'doctored' version - here we come! Can't wait to be back home at #Sanjivani .. Coming soon ... Only on @starplus Hope you guys like it ! Reposted from @starplus (@get_regrann) - Our doctors from #Sanjivani are all set to make way to your hearts! Coming soon, only on StarPlus. @officialsurbhic @namitkhanna_official @sayantanighosh0609 @mohnish_bahl @gurdippunjj @siddharthpmalhotra @rashmisingh_09 @rohitroy500 - #regrann @abhijitdas4575

Sanjivani 2 will go on air on August 12 on Star Plus. It is the second season of the popular 2002 television show of the same name. The show showcased the stories of four doctors and how they managed to strike a balance between their personal and professional lives. Mohnish Bahl and Gurdeep Kohli have reprised their roles as Dr Shashank and Dr Juhi Singh in the show while Surbhi Chandna, Namit Khanna, Sayantani Ghosh and Rohit Roy are the latest addition to the Sanjivani family.