Sanjay Kapoor shared a picture from the sets of a film he made with Tabu in the Nineties. 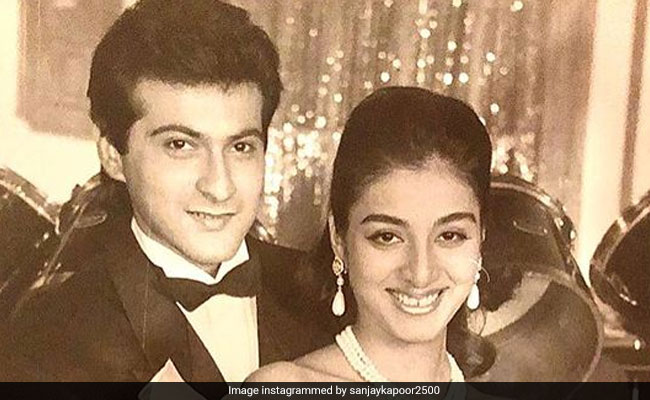 Here's a treat for Bollywood throwback lovers, courtesy Sanjay Kapoor, who dug deep into his photos archive and posted old pictures from the sets of his 1995 film Prem, in which he co-starred with Tabu. In one of the pictures, Sanjay Kapoor posed with Tabu while in the second picture they were joined by director Satish Kaushik and their co-star Sunita Dhingra. Using several hashtags, Sanjay Kapoor revealed that the pictures were taken during the first schedule of the film in the Seth Studio in Mumbai's Andheri area. Prem was Sanjay Kapoor's debut film, which was produced by his elder brother Boney Kapoor. The reincarnation romantic drama failed at the box office but Sanjay Kapoor went on to make films like Raja, Auzaar, Sirf Tum and Koi Mere Dil Se Poochhe to name a few.

Sanjay Kapoor is the son of filmmaker Surinder Kapoor and his brother Boney Kapoor is also a film producer while Anil Kapoor is an actor - he became a producer much later in his career. In the last few years, Sanjay Kapoor has featured in short supporting role in films like Mubarakan, Mission Mangal and The Zoya Factor while he played the lead in Dibakar Banerjee's segment of the Lust Stories anthology.

Speaking to news agency IANS, Sanjay Kapoor said that the roles written in the Nineties were 'stereotypical' unlike today and added that he is 'getting exciting offers as an actor' after all these years. "When I was young and starting off in the Nineties, most characters in mainstream cinema were stereotypical, and not like the way things are today. So, initially I did grab all the opportunities that came my way. However, I have to say that I am getting exciting offers as an actor only now, after all these years. Also, in the nineties, typecasting would happen to all actors. Now, we have better opportunities to showcase versatility," he told IANS.