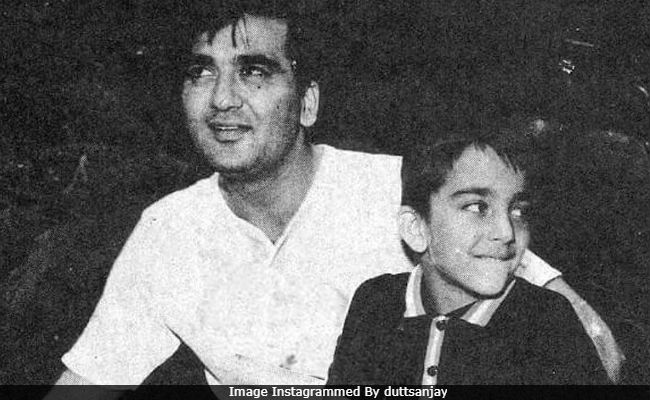 New Delhi: On Sunil Dutt's birth anniversary, actor Sanjay Dutt shared a heartwarming picture with his father and the post will make you smile. "He lives in me. Happy birthday, dad," wrote Sanjay Dutt. In the throwback photo, a young Sanjay Dutt can be seen sitting next to his father and sports a million dollar smile. Sanjay Dutt's wife Maanyata and daughter Trishala have like the picture. Trishala has also posted some heart emoticons in the comments section. Actor-politician Sunil Dutt was born in 1929 and he died in 2005 at the age of 75. He was married to actress Nargis and apart from Sanjay Dutt, the couple were parents to daughters - Namrata and Priya.

He lives in me... Happy Birthday Dad!

On his death anniversary, Sanjay Dutt, 58, had shared this picture with the caption, "Wish you could see me as a free man. Love you... Miss you."

Sanjay Dutt was convicted in 2006 in connection with the 1993 Bombay blasts case. He walked free from jail in 2016.

Promoted
Listen to the latest songs, only on JioSaavn.com
A biopic on Sanjay Dutt, titled Sanju, is all set to open in theatres later this month. Ranbir Kapoor plays Sanjay Dutt and Paresh Rawal portrays the role of Sunil Dutt and Manisha Koirala stars as Nargis.