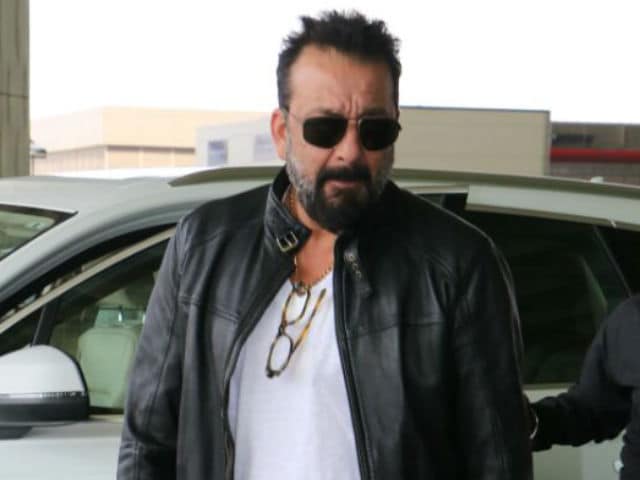 New Delhi: Sanjay Dutt's comeback film Bhoomi went on floors in Agra on Wednesday. Confirmation of the film's shooting schedule was posted on Twitter by trade analyst Taran Adarsh. The Omung Kumar-directed film stars Aditi Rao Hydari as Sanjay Dutt's daughter. Omung had conducted various recces in Agra for the perfect shooting location, reported Mumbai Mirror earlier. On Aditi's casting, the Mary Kom director told Mumbai Mirror, "We shortlisted Aditi because she's in a good space right now. I love the way she emotes. The father-daughter relationship is an important aspect of the narrative in this revenge drama. Aditi's face perfectly blends softness with a lot of strength."

Check out these pictures of Sanjay Dutt and Aditi Rao Hydari from the shooting schedule:

Sanjay Dutt, 57, earlier told NDTV that Bhoomi is the perfect film for his comeback. He said, "I have been looking for scripts that went beyond my screen persona. I wanted to do something vulnerable yet powerful. Bhoomi is an emotional and sensitive drama that explores the relationship between a father and daughter." Meanwhile, Mr Kumar said, "This one will keep the audience taut and on the edge of their seats."

The film will be co-produced by Bhushan Kumar's T-series and Sandeep Singh and Omung Kumar's Legend Studios. News agency PTI reported that television actor Sharad Kelkar will play the villain opposite Sanjay Dutt in the film.

Promoted
Listen to the latest songs, only on JioSaavn.com
Sanjay Dutt last featured in Aamir Khan's 2014 blockbuster PK. In 2013, the Supreme Court sentenced him to five years of imprisonment in a case-related to the Bombay Blasts. He was released last February.