Sanak Trailer: Vidyut Jammwal Is "Bad When He Is Mad" In This Action-Thriller 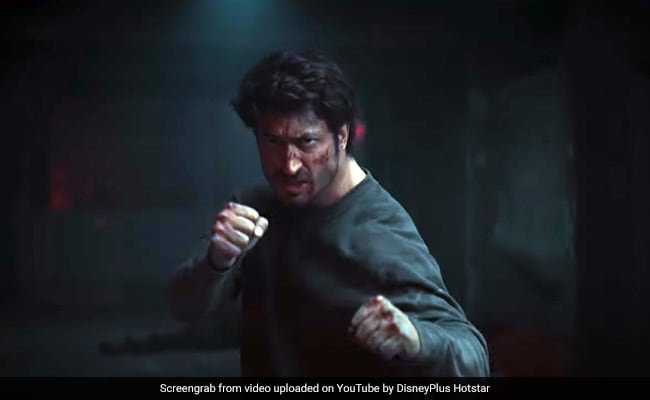 Vidyut Jammwal is back again with another action-thriller titled Sanak and the trailer of his upcoming film that released on Tuesday looks promising. In the film, Vidyut Jammwal is a one-man army who helps hostages at a hospital and takes down the group of terrorists who have attacked the hospital single-handedly. Now, if you are wondering how Vidyut Jammwal ended up in a hospital and why he is fighting terrorists in the hospital, here's what happened - the trailer starts with Vidyut Jammwal convincing his partner Vanshika (played by Rukmini Maitra) that she needs to undergo a surgery that will cure her heart disease. The two promise each other to live happily ever after the operation but their lives take a U-turn when the hospital is attacked by terrorists.

As the terrorists hold all the patients and staff hostage, including Vanshika, and start hurting them and killing them, Vidyut Jammwal becomes furious and start taking them down one by one. Neha Dhupia plays the police officer leading the rescue operation at the hospital in the film while Chandan Roy Sanyal plays the antagonist.

Watch the trailer of Sanak here:

Sanak is directed by Kanishk Varma and produced by Vipul Amrutlal Shah. It will premiere on Disney+Hotstar starting October 15.

Vidyut Jammwal started his career in the entertainment industry as a model but later made his acting debut with the 2011 Telugu film Sakthi. He ventured into Bollywood with Force in the same year. In most of his Hindi movies like Commando, Junglee and Khuda Haafiz, Vidyut Jammwal has performed the stunts by himself.