Samrat Prithviraj: A historical drama of this magnitude needed more than just a big budget. It required a sharper eye, a larger vision and a greater degree of integrity, none of which is within its grasp. 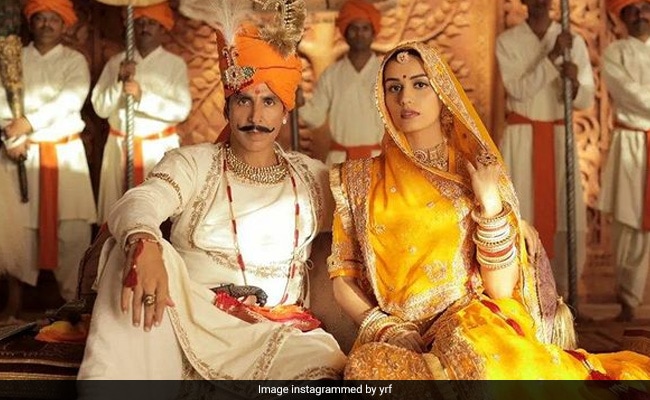 Samrat Prithviraj: A still from the film. (courtesy yashrajfilms)

A movie that makes no bones about its purpose, Samrat Prithviraj is exactly what you expect it to be: a purveyor of fanciful history draped in the glossiest of Bollywood finery. But for all its desperate distortions, the film would have been deemed a passable vehicle of mass entertainment had it not been so utterly insipid. It is colourful, action-packed and laced with music, but it is spectacularly soulless.

Lead actor Akshay Kumar, transported to the 12th century, dons elaborate period costumes and rattles off holier-than-thou homilies aimed at conjuring up a portrait of unblemished rectitude. But, unable to shrug off his starry mannerisms, he falls significantly short of being convincing as the titular historical figure.

Apart from the fact that Samrat Prithviraj, written and directed by Chandraprakash Dwivedi, plays fast and loose with facts, it reduces its principal characters to convenient caricatures prone to gratuitous grandiloquence.

The declamatory pomposity of the lines that they spout, nobody more defiantly than Sanjay Dutt's blindfolded Kaka Kanha, a man who is forever itching to jump into battle, takes the bloated narrative even further away from any semblance of relatability.

Produced by Yash Raj Films, Samrat Prithviraj is a laboured, dreary period drama that can only be described as a poor man's Sanjay Leela Bhansali extravaganza. The vacuous pomp and pageantry and the shallow drama that it serves up for the purpose of pushing an expedient narrative about India's past add up to a crashing bore.

The film kicks off in the year 1192 in a dusty gladiatorial arena in Ghazni, where Sultan Mohammad Ghori (Manav Vij) and his soldiers gleefully watch a blinded Prithviraj Chauhan fight off hungry lions. The brave prisoner, egged on by his court poet Chand Vardai (Sonu Sood, playing the balladeer on whose epic poem Prithviraj-Raso this film is purportedly based) from the gallery, not only stands his ground, but also slays the feline attackers.

In the next scene, as he lies nearly lifeless, Prithviraj utters the name of his consort Sanyogita, which is a cue for the film to travel back a few years to medieval Ajmer and Kannauj. It is time for a lengthy account of the King of Ajmer's impromptu marital union with the daughter (debutante Manushi Chhillar) of the perfidious Jaichand (Ashutosh Rana).

But before we get to this point of the saga, Prithviraj Chauhan's army confronts Mohammad Ghori's men on a battlefield. The battle is triggered by Prithviraj's decision to give refuge to Ghori's brother who has run away with the Sultan's mistress. It is a war between right and wrong.

The principal aim of Samrat Prithviraj is to highlight the virtues of a Hindu warrior-king who is committed to his dharma (religion) and watan (country). In one scene, somebody asks the virtuous King if he is ready to hear the truth. His response is: one who is afraid of hearing the truth isn't a true king. Well, well, wouldn't that be a truly ideal world? One wonders if it exists anymore if it did at all back in Prithviraj Chauhan's time.

Samrat Prithviraj celebrates a fair-minded ruler who demonstrates great heroism and fortitude in the face of the crooked ways of an invading Sultan, who thinks nothing of resorting to subterfuge, in his own words, "fareb aur makkari (fraud and deceit). One is a man of unimpeachable morality; the other is a mere marauder. This is history reduced to a simple, selective binary, as Bollywood does so often these days.

The good Samrat-bad Sultan construct constitutes the core of the film when it isn't straying into anachronistic debates on the rights of women to decide their own fate. Not that the film has many female characters - apart from Sanyogita, the only other woman who is allowed to get a word or two in is the mother of the princess (played by Sakshi Tanwar). Yet, gender equality is a theme that Samrat Prithviraj addresses with great enthusiasm.

Falsification of history scales new heights when the screenplay carves out a long, verbose sequence that comes in the wake of Prithviraj's decision share power equally with Sanyogita. The move sparks an animated discussion with an elderly courtier over whether it is right for a woman to have a say in matters of statecraft. Sanyogita wins the argument.

Her joy is short-lived. All the big talk soon runs aground. The women of Prithviraj's kingdom commit jauhar when Ghori's army arrives at the gates and is about to overrun Delhi. The film tries very hard to pass the mass suicide off as an act of braver.

Led by Sanyogita, who sings Yoddha ban gayi main (I have become a warrior), the 'unflappable' women jump into a pit of fire. Like much else in the 135-minute film, the triumphalism does not carry much water. All it does is make a mockery of the truth.

To be fair to the film, it never shows any inclination to get within striking distance of anything that resembles veracity. It takes what suits its epic narrative, twists it to its specific needs, and then swerves around it until it is necessary before moving on to the next bit of history that it feels is ripe for trifling with.

While there is no getting away from the fact that Samrat Prithviraj has a barely disguised agenda, it also is a movie that must be assessed for its technical accomplishments. In this regard, there isn't much that can be faulted. Production designers Subrata Chakravarty and Amit Ray have spared no effort to lend grandeur to the film, director of photography Manush Nandan is in top form, and editor Aarif Sheikh lends the film some momentum.

It is the writing and the characterisations that let Samrat Prithviraj down. The script is riddled with vacuous bombast and the historical personages who populate it are cardboard cut-outs that move and talk and make no impact. Among the actors, the only ones who make a sustained impression are Manav Vij and Sonu Sood, but they too are hamstrung by hollow shell of a movie.

A historical drama of this magnitude needed more than just a big budget. It required a sharper eye, a larger vision and a greater degree of integrity, none of which is within its grasp.