"We are fortunate to have a friendship of over a decade," read an excerpt from the statement 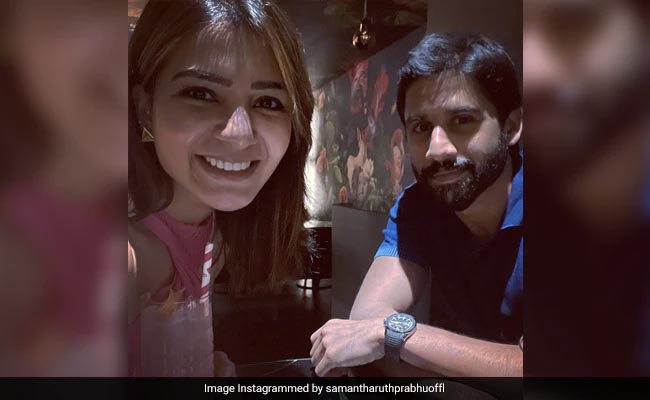 A throwback of Naga Chaitanya with Samantha. (courtesy samantharuthprabhuoffl)

Samantha Ruth Prabhu and Naga Chaitanya, who had been featuring in the headlines for months for their alleged split, decided to make an official announcement about their separation on Saturday afternoon. The stars, who were married for over four years, announced their separation in a joint statement. "To all our well-wishers. After much deliberation and thought Chay and I have decided to to part ways as husband and wife to pursue our own paths. We are fortunate to have a friendship of over a decade that was the very core of our relationship which we believe will always hold a special bond between us," read an excerpt from the statement.

"We request our fans, well-wishers and the media to support us during the difficult time and give us the privacy we need to move on. Thanking you for your support," read the statement.

Samantha and Naga Chaitanya, who are co-stars of films like Manam, Ye Maaya Chesave and Autonagar Surya, got married in 2017. The couple had two weddings - one in accordance with South India rituals preceded by a Christian wedding. They also co-starred in the film Majili. Samantha Ruth Prabhu will next be seen in Kaathuvaakula Rendu Kaadhal and Shaakuntalam.

The speculations about the couple's rift started when Samantha Prabhu Ruth dropped her surname Akkineni on social media. The actress changed her display name on Instagram and Twitter to 'S'. In an interview with Film Companion, she addressed the hype around her name change and said, "The thing is, even with trolling for The Family Man or this, I don't react to them. That is how I have always been. I don't react to this kind of noise and I don't intend on doing so as well."

Samantha Ruth Prabhu made her big digital debut with The Family Man 2 and she made headlines for her role as Raji, an unwavering Sri Lankan Tamil liberation fighter on a suicide mission in the series.