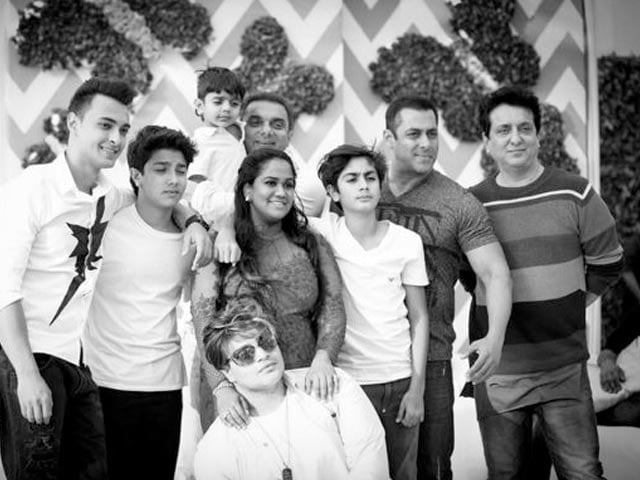 New Delhi: For those who missed pictures from actor Salman Khan's sister Arpita's baby shower on Valentine's Day, here are some Kodak-worthy moments from the occasion which were shared on Instagram by the mother-to-be and her husband Aayush Sharma. The couple, who married in 2014, are expecting their first child. (Also Read: Salman Khan, Sangeeta Bijlani Walk Into Arpita's Baby Shower Together)

The pics, that show the Khan siblings Salman, Sohail, Arpita and Alvira fraternising with their A-list guests, capture the famous bonhomie the family is known for and the revelry of the occasion.

You can thank us later.

Arpita and Aayush pose with Salman, Sohail, Alvira and her parents Salim and Seema Khan.

A Kodak moment between Aayush, Arpita and Sohail.

This one's for the family album. Arpita and Aayush pose for a picture with his parents.

'One down, two to go,' was how Arpita described this picture of herself, pregnant actress Genelia D'Souza and TV star Kanchi Kaul who gave birth to a boy yesterday.

The one that beat the rest was Sohail playing with Riteish and Genelia's one-year-old son Riaan.

Salman, 50, also invited his former flame Sangeeta Bijlani, his Sultan co-star Anushka Sharma, actress Shilpa Shetty and her husband Raj Kundra, the legendary Waheeda Rehman and his Bajrangi Bhaijaan director Kabir Khan. Conspicuous by their absence were the actor's brother Arbaaz Khan and his wife Malaika Arora who have been dogged by rumours of divorce for a while now.