Salman Khan's Throwback Pic Proves He Was A Dabangg Baby 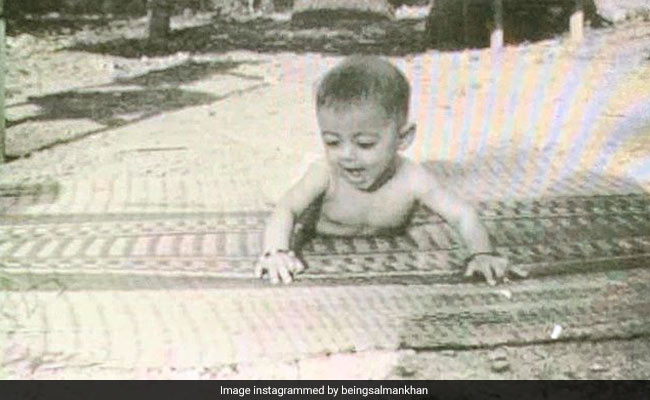 Yes, that's Salman Khan folks. Salman Khan dug up a picture from his childhood album to post on social media to celebrate his 31 years in Bollywood. Salman Khan debuted in 1988 film Biwi Ho To Aisi, one year before his breakthrough film Maine Pyaar Kiya opened in cinemas. Salman Khan, 53, shared a black-and-white photo of himself playing in an space and wrote, "A big thank you to the Indian film industry and to everyone who has been a part of this 31 year journey specially all my fans and well-wishers who have made this amazing journey possible."

A bigg thank u to the Indian film industry n to every 1 who has been a part of this 31 year journey specially all my fans and well wishers who have made this amazing journey possible . .

Salman Khan's post comes hours after his film Inshallah with director Sanjay Leela Bhansali and co-star Alia Bhatt was shelved. Earlier today, a source told news agency PTI that Inshallah, which would have reunited Salman and Mr Bhansali after 11 years, has been shelved. "Sanjay Leela Bhansali respects and loves his actors and suggestions are welcome but not if they aim to alter the narrative. Hence, he has taken the decision to shelve the film. However, they are still friends and Sanjay Leela Bhansali has immense love and respect for him," the source said.

Salman Khan was last seen in Bharat, which was directed by Ali Abbas Zafar and produced by Atul Agnihotri. Salman has also signed up for another film with Atul Agnihotri, the details of which he'll share after completing Dabangg 3.