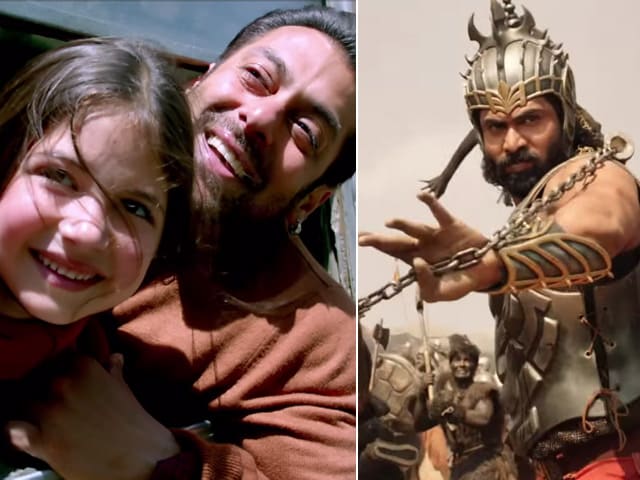 A still from Bajrangi Bhaijaan (left) and Baahubali

New Delhi: Salman Khan's Bajrangi Bhaijaan and SS Rajamouli's Baahubali: The Beginning have a unique connection and that's KV Vijayendra Prasad, who penned the story of both the films.

Vijayendra Prasad, who is Mr Rajamouli father, met many people before Kabir Khan decided to direct the film with Salman in lead role.

Mr Prasad also shares the story credit for the 2012 film Rowdy Rathore, with Akshay Kumar ion the lead role. The Prabhu Deva-directed film was a remake of his 2006 Telugu film Vikramarkudu which was directed by Mr Rajamouli. His other films include Magadheera and Rajanna.

Baahubali, a sweeping, VFX-heavy, multi-lingual drama, released a week prior to Bajrangi Bhaijaan and has become the first South Indian movie to cross Rs 300 crore at the box office.

Salman's Bajrangi Bhaijaan, which also stars Kareena Kapoor and Nawazuddin Siddiqui , is an emotional cross-border story about a Hanuman devotee's journey to Pakistan to reunite a speech impaired girl (Harshaali Malhotra) with her family.

The film, co-produced by Salman Khan Films, is on its way to become a blockbuster and has collected above Rs 100 crore in its opening weekend.