Salman Khan: Want to Make Stars Out of Suraj and Athiya 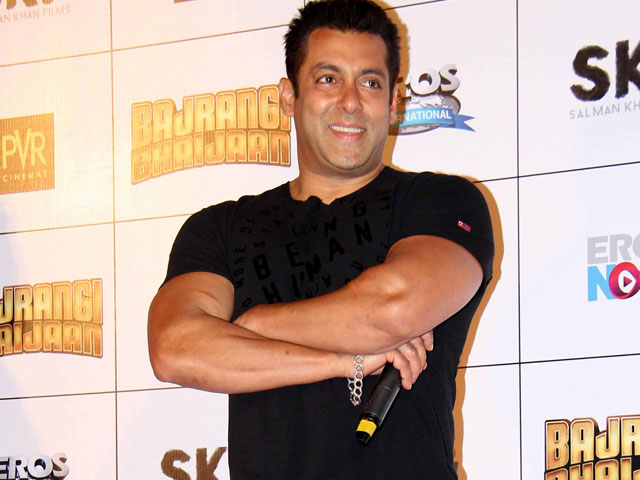 Mumbai: Superstar Salman Khan said that he is not worried about the box office fate of his home production Hero as his main focus is to make its lead actors Suraj Pancholi and Athiya Shetty, the next stars of Bollywood.

"I am scared. Suniel and Aditya are good friends. I have the responsibility of these two kids on me. We are not worried about the fate of the film but project them in a way that they become stars. They have to be accepted and appreciated, "said Salman.

"We did not think about the budget for this film. They need support. Pray for them, that they become superstars. They have the potential, "he added.

Hero is a remake of Subhash Ghai's 1983 film of the same name, which featured Jackie Shroff and Meenakshi Seshadri in the lead roles.

The remake has been directed by Nikhil Advani and is scheduled to release on September 11.

Regarding the song which he has recently sung for Hero, he said: "Not much takes had to be taken. But after that, a lot of work was there. I liked the song they asked me to sing and I sang it. I wanted to sing it as this was a good opportunity. Arman Malik was supposed to sing the song. He also has sung it."

The 49-year-old actor will be seen next in Sooraj Barjatya's Prem Ratan Dhan Payo and Aditya Chopra's home production Sultan.

"Prem Ratan Dhan Payo is about brother, sister. It is a family film. Get ready to cry. I have a double role in this film. And for Sultan I have to put on 15-20 kilos. It is a different, difficult film, "he said.