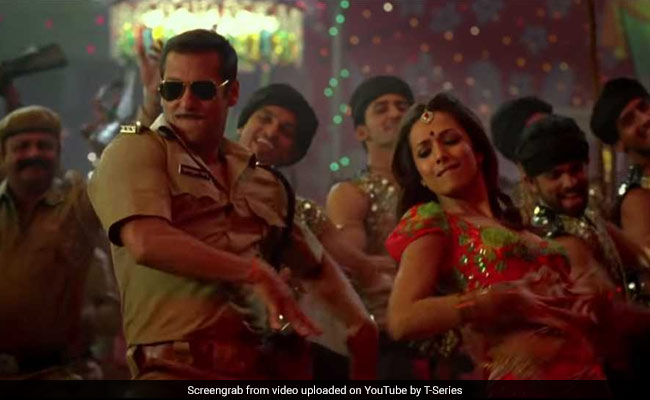 The filming of Dabangg 3, starring Salman Khan is in full swing, and the latest intel from the sets of the film suggest that a special dance song is being composed which will feature Salman Khan in the centrestage. Reports published in Koimoi and India Today suggest that popular track Munni Badnam Hui from Dabangg (2010) is getting a makeover and it will be primarily picturised on Salman Khan instead of Malaika Arora. A source was quoted as saying: "Malaika Arora's foot-tapping item number Munni Badnam Hui will be re-created and will feature Salman. This time, it will be presented to the audiences with a different twist. The lyrics will undergo a drastic change too. And Salman has decided to wear the overcoat of this Badnami himself and the song will be called Munna Badnaam Hua."

Not just Munni Badnam Hui, the Dabangg series, produced by Arbaaz Khan, has also given Bollywood another popular dance number - Fevicol Se, which was picturised on Kareena Kapoor. Both the songs have been looked down upon by critics for objectifying women but Malaika Arora, who has also featured in songs such as Chaiyya Chaiyya and Anarkali Disco Chali, spoke in its defence: "I have always said that we shouldn't tag them or label them as item songs. I have done so many songs and one thing that I would like to share is that I never felt objectified in any of the songs," reported news agency IANS.

Salman Khan, currently awaiting the release of Bharat in June, completed a schedule of Dabangg 3 with co-star Sonakshi Sinha in Maheshwar recently where they also shot for the film's title track.