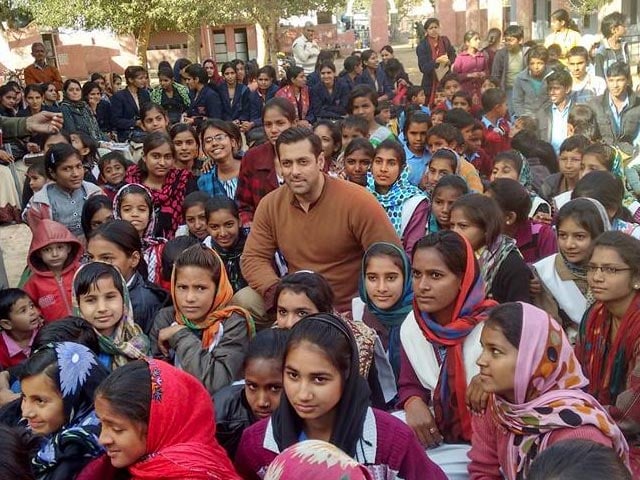 This image was posted on Facebook by Bina Kak

Bollywood superstar Salman Khan recently surprised students of a school, near Madawa when he visited their school and interacted with them. 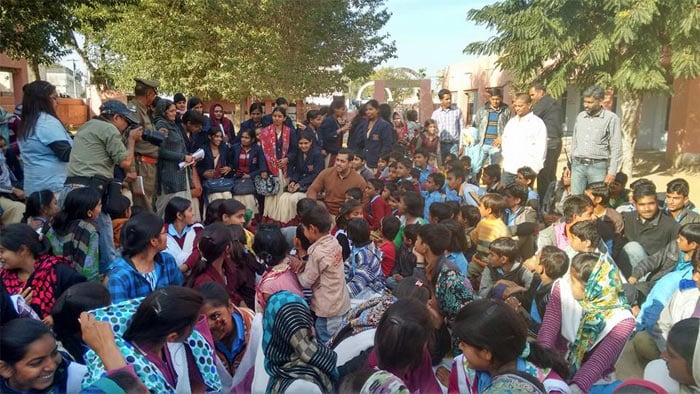 The actress, who has played the role of Salman's mother in his film Maine Pyar Kyun Kiya, further wrote, "Salman pays a surprise visit to a nearby school where he was shooting."

Promoted
Listen to the latest songs, only on JioSaavn.com
Salman Khan posed for pictures with the children, who were grinning ear-to-ear. 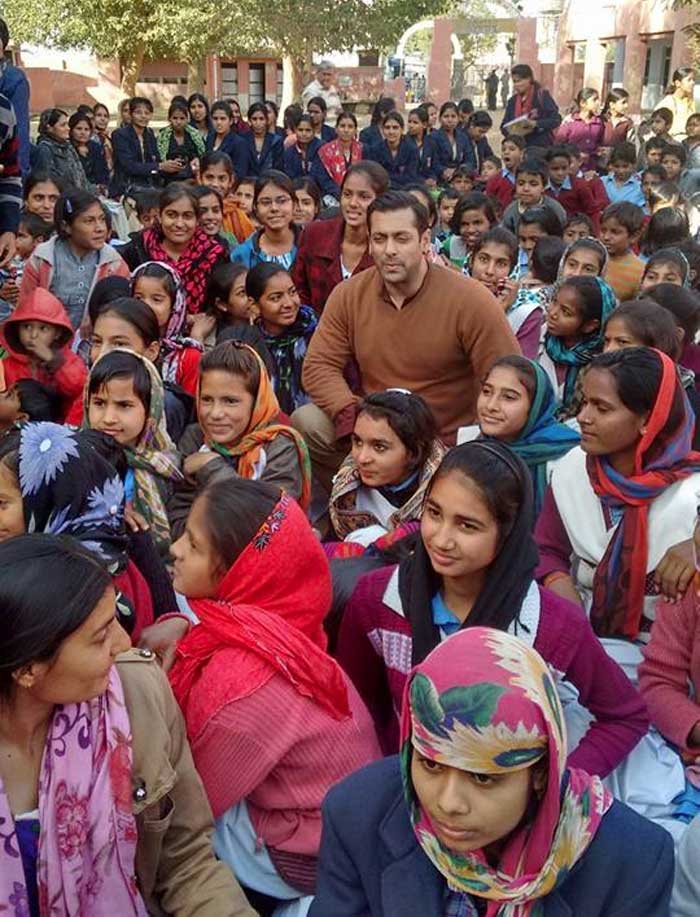 He also interacted with the school personnel during the visit. 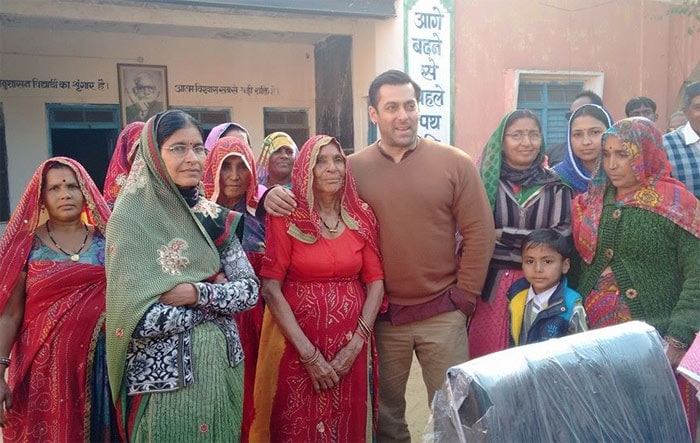 The superstar sure knows how to 'Be Human' and bring a smile to anyone's face.

Meanwhile, recently a chaos reportedly ruled the sets of the film when over enthusiastic movie fans went out of control while trying to catch a glimpse of Salman and Kareena.