'Salman Khan Is The Best And Most Helpful Human Being,' Says Varun Dhawan 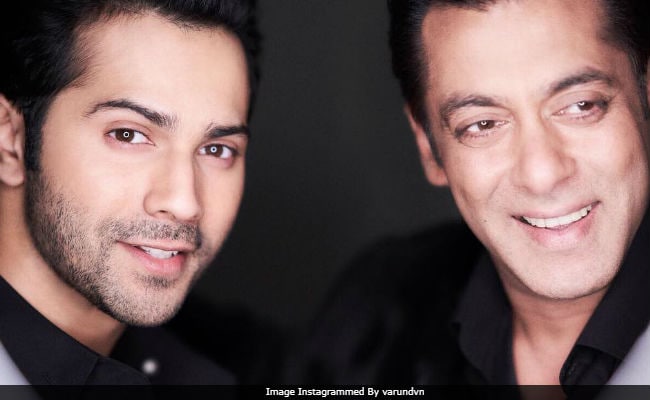 New Delhi: Actor Varun Dhawan, who is currently awaiting the release of October, says superstar Salman Khan is the 'best and most helpful human being.' Varun on Monday held Q/A session with his fans on Twitter and one of them asked him to answer about Salman Khan. "One word for Salman Khan," the user tweeted. Varun replied, "Bhai is the best and most helpful human being." Varun Dhawan, who has been quite vocal about being a fan of the 52-year-old superstar, had starred in the remake of Salman's 1997 blockbuster film Judwaa. Ahead of the film's release, Varun tweeted a picture with Salman and wrote, "I'm not influenced from any Hollywood actor but influenced by Salman Khan. Thank you for being my Raja and Prem. The film is yours now."

Bhai is the best and most helpful human being #VarunSayshttps://t.co/QYEcXL0sON

This was the photo he had posted with Salman.

Im not influenced from any Hollywood actor but influenced by @BeingSalmanKhan. Thank you for being my raja and prem. the film is urs now. pic.twitter.com/7MYhIyOVvJ

Of Judwaa 2, Varun earlier said, "This film wouldn't be possible without Salman bhai. 20 years back he made Raja and Prem iconic, he is the original Raja/Prem and will always be the original. I hope he likes the film whenever he watches it." Salman had a cameo in Judwaa . Both the films have been directed by Varun's dad David Dhawan.

Varun is currently promoting October, directed by Shoojit Sircar. The film is a love story and stars Banita Sandhu opposite Varun. October will be Banita's first Hindi film and is scheduled to hit the screens this April. After October, Varun will be seen in YRF's Sui Dhaaga with Anushka Sharma. The work-in-progress film releases later this year.
Comments
Varun DhawanSalman Khan