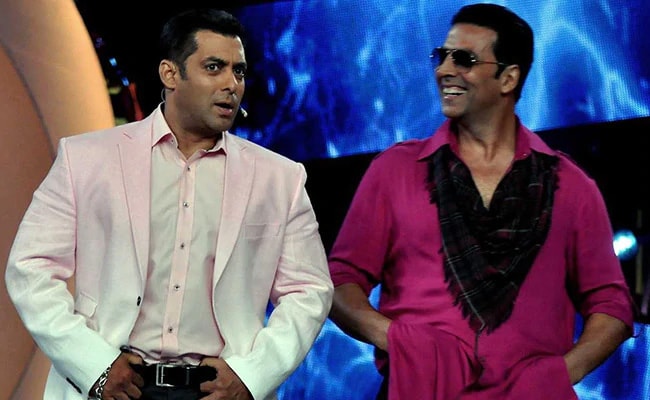 Meanwhile, Akshay Kumar, who recently worked with both Sajid Nadiadwala and Farhad Samji in Housefull 4, congratulated the team and suggested a sequel titled... well, we'll let you see his tweet: "Congratulations to my dear friends, Sajid Nadiadwala, Salman Khan and Farhad Samji on Kabhi Eid Kabhi Diwali. Wishing you guys all the love and luck. Have a name suggestion as well for the sequel... Kabhi Eid Kabhi Christmas."

Congratulations to my dear friends, Sajid Nadiadwala, @BeingSalmanKhan and @farhad_samji on Kabhi Eid Kabhi Diwali. Wishing you guys all the love and luck.

Have a name suggestion as well for the sequel... Kabhi Eid Kabhi Christmas

Salman Khan's announcement comes months after he confirmed that he's no longer part of Sanjay Leela Bhansali's much talked about movie Inshallah. Sometime in September, Salman told news agency ANI: "Currently, Inshallah is not being made. Inshallah will be made but at least not with me." However, he had also assured fans that: "A film will definitely come on Eid. First, it (Dabangg 3) will come on December 20, then a film will come on Eid also," PTI quoted him as saying. Salman was to co-star with Alia Bhatt in Inshallah.

In 2019, Salman Khan released Bharat on Eid and Dabangg 3 on Christmas, both of which scored decent numbers but stopped short of living up to the hype generated by Salman Khan films. Salman is concentrating on his next film Radhe, which will be directed by Prabhu Deva, who also helmed Dabangg 3. Radhe also stars Salman's Bharat co-star Disha Patani along with Randeep Hooda and Jackie Shroff. Radhe is expected to release on Eid, in May this year.