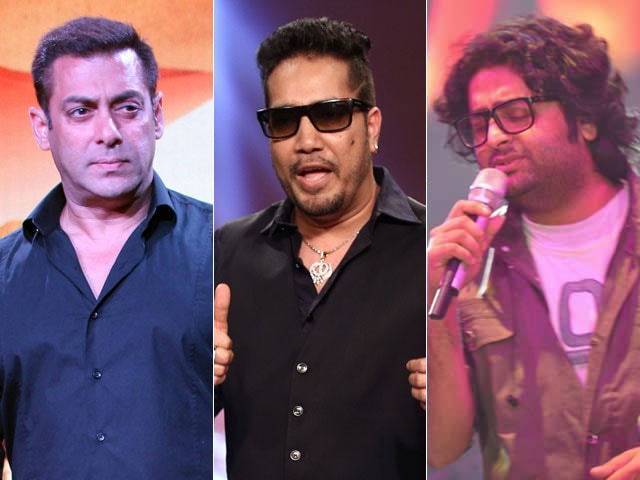 Mumbai: Singer Mika Singh said that he will speak to Arijit Singh regarding the controversy related to actor Salman Khan for a song in the film Sultan.

"I have decided to discuss this when I meet Arijit. However, I feel Arijit is quite young and maybe, he has done a mistake unintentionally. Several times, we express ourselves at award functions but later we realize our mistakes," said Mika Singh.

Arijit Singh's public apology to actor Salman Khan made headlines. In a recent interview, Arijit Singh revealed details of what actually happened and said that Mr Khan might have been upset about a few comments made by the singer at an award function. Mr Singh had also said that he is hopeful that the actor will "forgive" him someday.

There is no song by Arijit Singh in the music album of Sultan. Reports suggest that the song in question is Jag Ghoomeya and it has been credited to Rahat Fateh Ali Khan.

"I think it is a very small thing. My best wishes to Arijit. He should concentrate on his work. He is a very brilliant and a talented singer in Bollywood," added Mika Singh.

Arijit Singh posted a lengthy Facebook note addressed to Mr Khan apologising for having insulted him and pleading in favour of his Sultan song. He later deleted the note.

Mika Singh has also sung for Salman Khan in the film. About his song, he said: "I would like to thank Vishal-Shekhar, Aditya Chopra, big bro Salman Khan and Yash Raj Music for giving me a beautiful song. I think I have sung such a lovely song after a long time. It's a fast romantic song and is titled 440 Volt. I hope people will love that."

Directed by Ali Abbas Zafar, Sultan is scheduled to release on July 6.