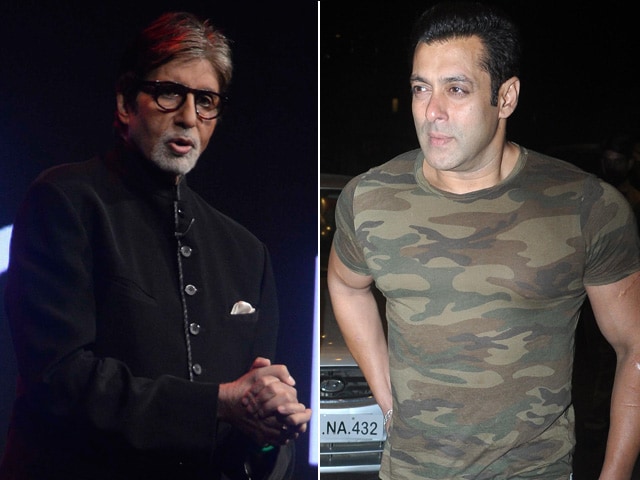 Big B and Salman tied for the 71st rank.

Breaking into the elite global club, Mr Bachchan and Salman tied for the 71st rank with earnings of $ 33.5 million each.

Notably one of India's biggest superstars Shah Rukh Khan and no woman celebrity from India made it to the list.

Forbes, which releases the Celeb 100 list every year since 1999, said given the profound changes in the entertainment world, it changed its methodology and for the first time, made the list "truly international".

On Mr Bachchan, Forbes said the "Bollywood stalwart" has starred in more than 150 movies in his 50-year career.

Forbes noted that Big B bolsters his earnings as the longstanding host of India's version of Who Wants To Be A Millionaire? (Kaun Banega Crorepati), which aired its eighth season in 2014.

Forbes said Salman is "one of India's biggest stars" and has appeared in some 80 movies. His 'Being Human' clothing line clocked $ 30 million in 2014 revenue, with proceeds going to his foundation.

Forbes said Akshay is one of Bollywood's busiest leading men, filming an average of four movies a year. He earns top rupee for roles in 2014 movies such as Holiday: A Soldier Is Never Off Duty and Entertainment.