"For me he will always remain my warm hearted Phuponana, with whom I sang and danced, learnt so much from and loved to bits!" wrote Sayyeshaa Saigal 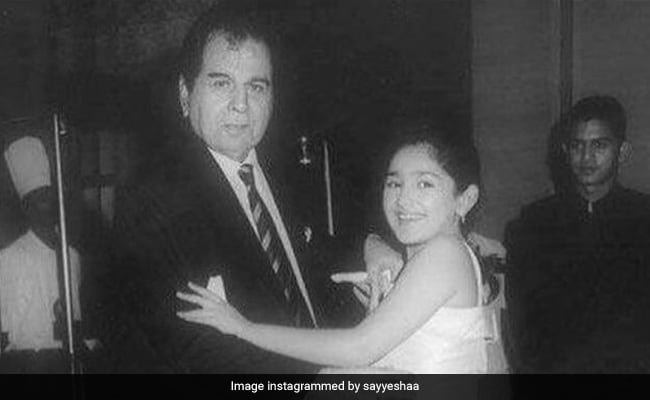 In her emotional post, Sayyeshaa poured her heart out and added: "For me he will always remain my warm-hearted Phuponana, with whom I sang and danced, learnt so much from and loved to bits! It's an end of an era!" Sayyeshaa's post is a throwback photo of a younger version of herself dancing with the legendary actor.

In 2019, Saira Banu and Dilip Kumar had attended their grandniece's wedding in Hyderabad - Sayyeshaa Saigal got married to actor Arya in March that year. Photos of Saira Banu dancing with her niece Shaheen Banu (mother of Sayyeshaa) during the wedding festivities went crazy viral. Dilip Kumar was also spotted in Sayyeshaa's wedding photos, in which he was seen blessing the couple.