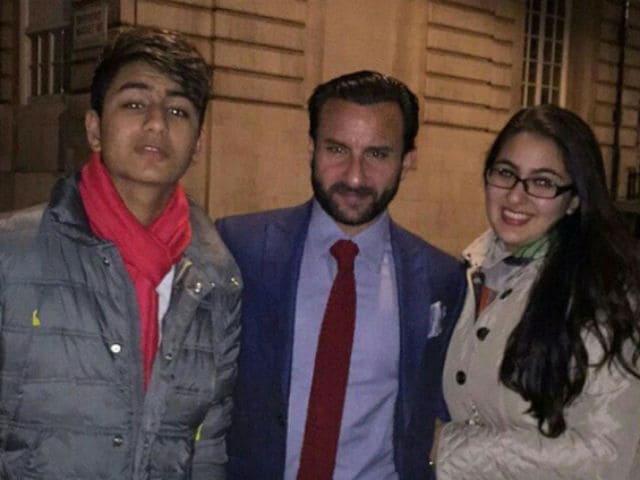 New Delhi: It is a big moment for Sara Ali Khan, the daughter of actor Saif Ali Khan and first wife Amrita Singh. Sara, 22, has graduated from Columbia University in New York.

On Tuesday, designer Sandeep Khosla, who is a good friend of Amrita Singh, shared a picture of Sara dressed in her graduation robe:

Sara has been an object of interest for Bollywood ever since she modelled an Abu-Sandeep creation at an Ambani party in 2012. For a while, rumours insisted she had been cast in a Yash Raj Films project until her mother explained that it was she who landed the role - in 2 States - and not her daughter.

Saif previously told NDTV that Sara was interested in films and that he had given her his blessing. "Look at Soha (his sister). She has a degree from London School of Economics and she is now into movies. I think the girls in my family think this (Bollywood) is far more fun. Yes, perhaps it is," he said.

Saif married actress Kareena Kapoor Khan in 2012. The actor was last seen in 2015's Phantom and will be seen next in Vishal Bhardwaj's Rangoon.